Our Strongest Point in this Election is the Youths -Dozie Ikedife

The APC Deputy Gubernatorial hopeful in this year's guber election in Anambra State, Dozie Ikedife says that there strongest point, going into the election is the youths of state.  He made this assertion today in his country home at Nnewi, when he granted audience to Otolo Youths. He stressed that the in coming government of Dr Tony Nwoye will change the face of governance in the state, bearing in mind that the youths have been short changed because of the ineptitude of the incumbent who has in the last 3 and half years squandered the fortunes of the state, which amounted to over 455 billion in allocations and IGR.  He opined that the government of Dr Tony Nwoye will ensure that governance is transparent and fair. He condemned a situation where the government of Willie Obiano will appoint over 600 SAs who have no office or portfolio to man. He however wondered how these SAs will advise the governor and in which capacity, they will advise the governor. He pointed out that the youths are determined to take their destinies in their hands, as the APC is coming with a message of hope, to empower Ndi Anambra, through the revitalization of primary healthcare,  so that Ndi Anambra will have access to qualitative healthcare and to also give free and qualitative education, which will enable the children of Anambra have access to free education. Furthermore, he stressed that the APC government in Anambra state, will ensure that the youths get vocational training which will empower them to be self reliant instead of depending on government always. He said that the present government stance on the payment of salaries, as an achievement which is basic, should not be applauded, as he likened it to a father fending for his family which is a right.  He also opined that their government aim to achieve at least 30Mw of electricity which will help cottage industries in Anambra, which will help reduce the level of unemployment among the youths. He went on to state that their government will work hard to ensure that clean portable water will be given to Ndi Anambra, which is essential. He therefore called on youths to sack the present government because of they have failed the social contract responsibility between them and the people, which is evident by the lack of infrastructure, lapses in the educational sector, healthcare and the evident lies of APGA led government on agriculture, and the Anambra rice and vegetables saga. He therefore called on Ndi Anambra to  key into the hope agenda of the APC, which will enthrone a responsive government, for the emancipation of Ndi Anambra, especially youths and women. 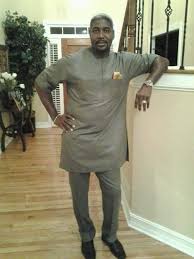