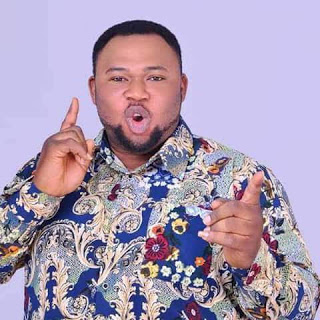 Prophet Ejike Nwachukwu is the Pastor of REHMA Chapel Nnewi District. He is naturally endowed with the gift of vision.

In this exclusive interview with Nigeria Notch he gives insight on Happenings in the polity and reasons why Nigerians should come out and vote and why President Muhammad Buhari will win the election.

We have few hours to go into the Nigerian Presidential Elections, what is your prediction?

The way I see this election is that the opposition party will work so hard, but the way I see it, it may not actually end in their favour. I see the President retaining the seat of power. This is a time Nigerians need to pray,because if Nigerians keep quiet, this country is going to shake to its foundati
on. I gave this prophecy in September 2018, that Nigeria is going to shake,but with the prayers of the Church, God will intervene. We need to pray for Nigeria, 2019 is a deciding factor for so many things in this country. 2019 is going to decide so many things in Nigeria,spiritually and physically.

As a spiritual man,what do you have to say about the spiritual Connotation of this election, has the election been conducted spiritually???

The people agitating for the separation of the country,that is IPOB are calling for the boycott of the election on Saturday. Is it part of the crisis we are going to witness???

The truth is that no one is going to seat at home on Saturday. If I were to be Nnamdi KANU. I will galvanise our people to come enmasse and vote in this election to show the President that they are not happy with the treatment that was melted out to them. This is how they would have shown the world how bad they felt towards what happened to them in 2017,rather telling people to sit at home is not the best way to do it. He should mobilize people to come out and vote, hence we are all Nigerians, and still living in Nigeria, even if he is calling for separation you are still a Nigerian. I want the world to know that I don't believe in separation of this country. I don't believe in calling for the separation of this country. It is time for Nigerians to unite and see this country as their own. Let us stop talking about tribe,Nigeria belongs to us all. For crying out loud the marginalization we are talking about sounds odd, don't we have Senators, and house of Reps Members. Don't we have governors? Are they complaining about marginalization. The people talking about marginalization are the Masses, because they are not feeling the impact of governance, but the truth remains that,President Buhari did not do well in the use of federal character in this country. What the President showed the world was that he does not believe in any other part of this country if not northerners. That has created nepotism, ethnic sentiment. People are now talking about their own,how can we go on our own, how can we stand on our own,that is why I want to lend my voice to restructuring. Let's restructure this country, so that every state can develop at its own pace, without depending on the centre for resources. I want APC to take it serious. They want to retain the power,we know they will retain it, as they are not ready to handover,but the truth remains that if you are retaining the power,do what is right for Nigerians. They should also not that they came in through free and fair election and I expect President Buhari as man of integrity he makes the whole world to believe, I expect him to do what is right by conducting a free and fair election. I believe in President Buhari. I believe that he is not corrupt. I believe he is sincere, but my worry towards president Buhari is that I am sensing that he is not in control, and if he is not in control, then he is not the one ruling this country. He can't take certain decisions on his own. At his age I don't expect him to sit down and go through all the documents and sign them,because I will want him to live longer because I have a father who is aging and because I am here I don't allow him do some certain meetings. That is the level President Buhari is now,he does not need so much stress.

Do you envision any foreign interference in this election.

All along while the APC were in the opposition in 2014/2015 I heard them calling on the international community to intervene. What kind of intervention were they asking for? This is a sovereign nation, and we should have the powers to decide what happens in Nigeria. This time around there is need for the international community to look into what will happen on Saturday.

Are you seeing any uprising,unrest or surprises in the country

There will be crisis in Rivers State. The world should inform governor Nyeso Wike  to be very careful. He should avoid been seen in public places to avoid mob action against his person. Only God will save that state. God will always intervene. In south east states, I see Governor Dave Umahi, and Governor Ugwuanyi retaining their seats, I see a problem in Abia and the unexpected will happened in IMO, as Uche Nwosu will likely win.

What is your advise to the people??

I call on all Nigerians to come out in their numbers to participate in the elections,as that is the only way they can take their fortunes by their hands. They should also realize that the ballot is bigger than the bullets. They should shone violence as of has never augured well for anybody. They should vote according to how convinced they are, about a particular candidate. Let us join hands,to move Nigeria forward.
Email Post