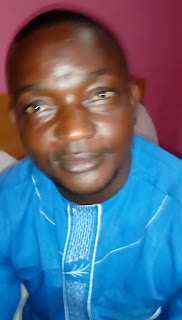 Prophet Chika Emedo is a man of God with special anointing. He was the first to inform H.E Senator Hope Uzodinma six years ago in his Abuja residence, that he will be the next governor after Rochas Okorocha.

He went further then, to tell him,  according to God's revelation, that he will get the mandate of IMO people in a different party, aside from the party he was in, that is the PDP, and that his group then with H.E Ali Modu Sheriff will loose to Dr Ahmed Makarifi, a message that did not go down well with H.E Hope Uzodinma then. Today, H.E Senator Hope Uzodinma is the 6th Governor of IMO state.

In this exclusive interview, he went down memory lane to highlight on the reasons why H.E Senator Hope Uzodinma should be supported by IMO people because of his divine call to govern Imo

Q: Please for the reading public, lets know you Sir.

Q: Today H.E Senator Hope Uzodinma is the governor of Imo, how do you feel, knowing that you gave him the prophecy 6 years ago.

Ans: Well, I am very happy. I am very very happy that the prophecy finally came to pass. Six years ago when I got the revelation, I went to the member representing my LGA at IMO State House of Assembly then, Hon. Robinson Ekwebelem, and I told him that God revealed to me that H.E Senator Hope Uzodinma will become the next governor after Rochas Okorocha. He said, " well I don't know if he has interest in contesting for the exalted post in the land. At that moment I don't even know H E Senator Hope Uzodinma, who now is the governor of IMO state. When the prophecy came, I have not met him face to face, there was infact no close relationship with him then. After a period of time the revelation came again and I also told the same man Hon. Robinson Ekwebelem, who said I should pray harder for it to be a reality. It so happened that during a political event organized by the wife of the current Chief of Staff (CoF) Hon. Nnamdi Anyaehie under the platform of Mass Movement Initiative (MMI) I reemphasized the fact about the revelation I had about H.E Senator Hope Uzodinma becoming Governor, because I know that God never quivers.

After getting the revelation in that meeting everyone shouted down on me. Some said I was made, some said Orlu again, especially those from my Okigwe zone and our brothers from Owerri. I told them I am not the one saying this, that I don't even know H.E Senator Hope Uzodinma then, but that it was God's revelation to me and I was proud to say it, because I did not manufacture it, as man can lie, but God ever remains faithful. Today, is H E Senator Hope Uzodinma not the Governor of IMO state?

Q: How did you meet H.E Senator Hope Uzodinma?

Hon. Decland Emelumba I presume saw it as a joke until Senator Ahmed Makarifi defeated H.E Ali Modu Sheriff in court which saw to the accomplishment of my prophecy. Then one day, when I have already forgotten that I ever delivered a prophecy to Hon. Emelumba, my phone rang and it was H.E Senator Hope Uzodinma. In fact I was surprised, and thrown aback, that such a highly placed person as H E Senator Hope Uzodinma could call me. He asked me to take the next available flight to Abuja which I did, when I got to his house in Maitama District in Abuja, he welcomed me and after exchanging pleasantries, he told me that Hon Decland Emelumba never told him about the revelation until that moment, and he asked what could be done to remedy it. Sincerely, I told him nothing, because at that point nothing could have been done. Because it was God's revelation and plan for taking him to greater heights, though he did not understand.

I told him to his face, eyeball to eyeball, that he was going to be the next governor after Rochas Okorocha, and also told him that for that to happen, he must leave the PDP. I was among the first person's to muster courage because of God's revelation to inform him that he must leave PDP, something many could not do. But I know what I saw being reason I insisted that he must leave PDP. The world should know this H E Senator Hope Uzodinma listens to God's direction. He told me Prophet that I should go and pray that if he becomes Governor that he will build a Church of God where people will worship under my ministry.

As all these was happening I kept on praying for him, and the message did not differ. I was not surprised he got the APC ticket admist the battle from a sitting governor, that is what God can do. I was not also surprised when Fr Ejike Mbaka saw it, though I did not know how it will take place, but I know that God has said it and he does not lie.

Q: Many People are condemning Fr Mbaka, calling him a political merchant. What do you have to say about this in relation to the same prophecy you gave 6 years ago.

Ans: To be honest, this is one of the major reason I  went to the press. It is the basic reason I am doing this clarification about why H E Senator Hope Uzodinma victory can be tagged as divine mandate. Whoever that is condemning Rev Fr Ejike Mbaka is making a big mistake. Fr Mbaka don't know me, I only see him in pictures and his videos, but I want to tell the people to stop spoiling the image of Fr Ejike Mbaka. I don't know how he got the message, as I have told you its real, because I got the same message 6 years ago.

I have mentioned names, you can go and verify if you have the number of H E Senator Hope Uzodinma, call him ask him if there was any man of God that gave him this revelation in his house in Abuja? People should stop condemning Fr Mbaka, its very very wrong. He is a true man of God, for him to say that God revealed it to him and it came to pass, so why are Nigerians condemning him. Nigerians should stop messing themselves up. Please that man is a man of God, and though this, that if God did not approve of it, it will not come to pass.
We should also note that Fr Mbaka can only be judged by his creator, God, and not man. Those Judging him, are they the ones that called him Fr Ejike Mbaka? Allow him, allow that man to do his work, which is his calling. If you have anything against him, you don't bring it to the public. What he said was the truth, and I stand as an Oracle of Hod Almighty to tell Nigerians that what Fr Ejike Mbaka said was true and he heard direct from God, as I did 6 years ago.

Q: As a forbearer of God, how do you forsee the administration of Senator Hope Uzodinma in IMO?

Ans: His government will bring prosperity to IMO state. Its unfortunate that IMO has lacked proper governance in almost a decade now, but he will surly make a difference.

Q:  What will be your watch word to the new governor.

Ans: I advise that he looks into the development of Imo state. I advise that he should unite Imo state. I advise that he should always bear in mind that his victory was ordained by God Almighty, so he should not allow the people to suffer for any reason whatsoever. I want him to bring development to Okigwe and Orlu Zones. I will also do all within my reach yo get good investors as I have already stated talking to some who will be willing to come an invest in the state, to crest Jobs, on the areas of Housing, Transportation, ICT and Industrialization of the state. I am ready if I am called upon as these investors are on standby.

Q: What is your advise to IMO people and indeed the world about Senator Hope Uzodinma divine Mandate

Ans: I advise that all Imolites should him the support he deserves ( maka Ihe na eshi na aha eme) he is bringing Hope to Imo, which will be on a good road for us all to walk in.
Email Post