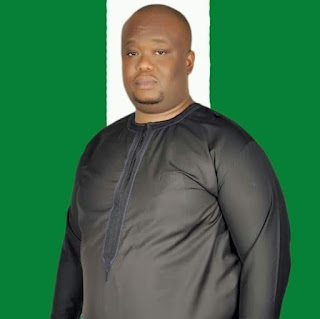 It was indeed a tragic Sunday as an operative of Nigeria Security and Civil Defence Corps, was said to have shot the 2019 senatorial candidate of the Action Alliance in Imo North Senatorial District, Ndubuisi Emenike at close range, going by an eye witness report.

The incident which took place at about 5 pm on Sunday, was during a victory party for Princess Onuoha, the APC candidate  in the Okigwe North Federal Constituency election held on Saturday.

The Independent National Electoral Commission had announced her as winner of the election. The tragedy happened at the newly elected APC's candidate house in Umunachi of the Isiala Mbano Local Government Area of the state.

It was however gathered that the NSCDC officer who shot the the AA Senatorial Canfidate was an ordeal from another person and not the aide attached to the AA senatorial candidate who had escorted him to the victory party. The officer was said to have been shooting consistently into the air and in the process mistakenly shot the AA Candidate, which brought the victory party to an abrupt end, an eye witness told Nigerian Notch.

The victim fell and lost consciousness and was immediately rushed to St Joseph's Hospital, Umunachi, before he was later rushed to the Federal Medical Center, Owerri, in an ambulance, where he was confirmed dead.

When contacted, the police spokesperson in Imo state, Orlando Ikeokwu, said that the incident had been reported to the police.

He said that the command would speak on the incident once it had finished gathering the facts of the incident.