A report into the regulatory concerns surrounding a charity run by Didier Drogba is due to be released by the Charity Commission in the UK, within a month.
There was a report in April, which claimed that only £14,115 out of £1.7m donated to the Didier Drogba Foundation was utilise in the foundation to help causes in Africa.
The Didier Drogba Foundation was set up in the Ivory Coast in 2007 and registered in the UK as a separate entity in 2009 to allow Drogba to raise funds while in England playing for Chelsea.
The report necessitated an investigation into the allegation by The Charity Commission which said it was close to conclusion.
However, 38-year-old Drogba who played for Chelsea said the story was “false and defamatory”.
He previously said in a statement: “There is no fraud, no corruption, no mismanagement and no lies.”
But an article by the Mail insisted that it “stands by every word of this important story” and had not alleged corruption or fraud.
In the article, the Mail claimed that £439,321 was spent putting on “lavish” fundraising parties attended by celebrities, and more than £1m “languished” in bank accounts.
Drogba who is currently playing for Major League Soccer side Montreal Impact said he had spent his own sponsorship earnings first and planned to use UK fundraising money for future projects.
In his statement, he listed the accomplishments of his foundation, including building a mobile clinic, investing in orphanages, and funding the purchase of school bags, books and a dialysis machine.
http://www.bbc.com/sport/football/37243052 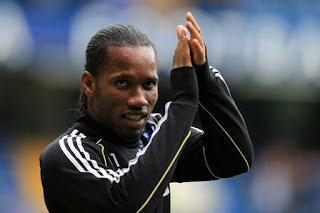