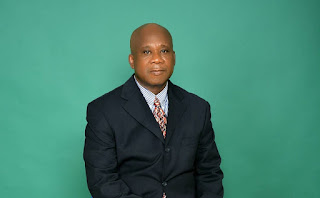 As the 2019 general elections draw closer, a member representing Nnewi North State Constituency in the Anambra State House of Assembly, Hon. Amalachukwu Kenneth Anazodo, has posited that his party, the All Progressives Grand Alliance (APGA), will clear all available elective positions in Anambra State and the South East and also make inroads into many other states in the country.


Speaking with newsmen yesterday at his Umudim Nnewi country home, in Nnewi North Local Government Area of Anambra State, the lawmaker said that with its present posture and acceptability, the party stands better chance, more than any other available political organization, to take over all the state assembly seats, governorship seats, house of representatives positions and all senatorial positions in the south east; given free, fair and credible electioneering atmosphere.


"APGA, more than ever before, is in its best shape to take over the south east, and also make inroads into other northern and south western states in 2019.


"We've just just come out of a 21/21 performance in our last governorship election in Anambra. Such performance has not been witnessed before. It was a milestone and we're going to built on it.


"In Anambra State, for instance, looking at our senatorial candidates, looking at our candidates for houses of assembly and representatives, one will be convinced that no other political party or its candidates will march APGA. Again, the leader of our party, Governor Willie Obiano, has done very well in the governance of Anambra State. The general perception is that APGA has the magic wand to enthrone quality leadership in any state it controls, so, many states will gladly vote APGA at leadership positions in their various states.


"What we need now, as APGA faithful, is unity of purpose. We need to be united as a party, eschew bitterness and divisions, especially those arising from our last primary elections, and move forward. As Igbo people, APGA is our only political legacy; we should join hands to nurture and build it", he said.
Email Post