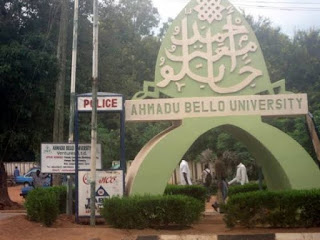 The affected staff who were drawn from various departments and faculties in the institution were subjected to the university internal mechanism before their sack was officially announced. An official of the university who craved anonymity, confirmed the decision, adding that it was ratified by the governing council of the institution.

The Institution’s Director of Public Affairs, Dr. Sama’ila Shehu, confirmed the staff sack’ but said not all those affected were teaching staff Sexual harassment: 63 CSOs threaten legal action against perpetrators AAU-ASUU Chairman says allegations of sexual harassment is blackmail He said: “The offences range from mishandling of records, scripts, sexual harassment and assault. “There are categories of offences and penalties.

Some are the termination of appointments, dismissal and demotion’ It was gathered that a lecturer in the Department of Plant Science was sacked for sexual harassment of a female staff, while three lecturers in the Department of Sociology were sacked over alteration of results, extortion of students and illegal allocation of grades.

Two staff from Bursary unit were sacked over diversion of money and fraudulent reinstatement of staff on payroll. A lecturer in the Department of Political Science was demoted over the loss of students’ scripts, an offence the university defined as “negligence of duty”.