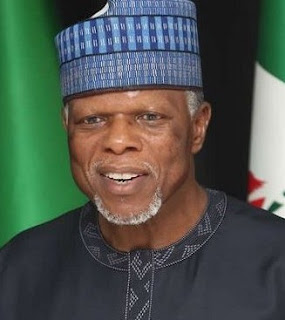 On October 14, 2019, the Comptroller-General of the Nigerian Customs Service, rtd Col Hameed Ali, told newsmen in Abuja that Nigeria had closed its land borders to all movement of goods, giving no timeline for re-opening them. Customs CG, Hameed Ali The Federal Government had earlier in August announced a partial border closure as part of an effort to curb smuggling of rice and other goods, which government believed can be produced locally. However, Ali’s Monday announcement was the first official confirmation of a total shutdown in trade across Nigeria’s land borders — including goods that had been moving legally. The closure has no impact on Nigeria’s economically crucial oil exports, which are shipped out almost entirely via the nation’s seaports and offshore oil platforms. Ali added that despite the land border closure, it would still be possible for goods to cross at points equipped with special scanners, but did not say where those are located.

The Customs boss said reopening the borders would depend on the actions of neighbouring states, and that as long as they and Nigeria were not in accord on what goods should be imported or exported overland, the frontier would remain shut. Although it was not the first time that Nigeria moved to check the activities of smugglers at her borders, this time the Federal Government had deemed it necessary to act in order to boost local production of food items and manufactured goods. In line with this, the Central Bank of Nigeria drew up a list of 41 items, whose importation would no longer be welcomed in the country. Rice and other food items featured prominently on this list. Prior to the closure of Seme and Idiroko borders, the Federal Government had stopped the issuance of Form M to importers willing to bring in goods by sea. As a result, no goods were imported to the country through the seaports in the last four years.

How border closure can benefit Nigeria’s economy — Don(Opens in a new browser tab) Similarly, the Nigeria Customs Service had in 2016, banned importation of rice through the land borders. Despite these measures, imported rice continued to flood the Nigerian market at rock bottom prices, thereby rendering locally-produced rice very unattractive to buyers. The fight to put an end to the smuggling of rice across the border also saw operatives of the NCS engage in shootouts with smugglers, which sometimes resulted in the loss of lives. Many Nigerians have commended the closure, while some have expressed some reservations, with supporting arguments on both sides. Upsides The Customs’ Comptroller-General said the agency’s revenue had risen to over N5billion daily, since the closure.

Also, more than 200 illegal immigrants, he added, have been apprehended across the border and thousands of bags of rice and other contrabands confiscated. The Group Managing Director of the Nigerian National Petroleum Corporation, Mele Kyari, tweeted in September that the closure of Nigeria’s borders, as well as other interventions, had helped to check the smuggling of Premium Motor Spirit (petrol) outside Nigeria. For the Director-General of Lagos Chamber of Commerce and Industry LCCI, Muda Yusuf reports indicate a drastic reduction in smuggling of rice, poultry products and sugar.  The smuggling of petroleum products outside the country to neighbouring countries has also declined considerably. “We note and appreciate these outcomes.” Professor of Economics at Bingham University, Abuja, Dr. Jonathan Oniore said with growing insecurity in Nigeria, the border closure becomes imperative and a matter of necessity.

Oniore maintained that the border closure will boost government revenues as all imports will come through the country’s seaports where they can be monitored more easily and subjected to the necessary import duty tax. Also, the border closure will enhance agricultural productivity in Nigeria and create more jobs for the teaming unemployed population. Apart from boosting local production of food items and manufactured goods, the border closure will checkmate fuel smuggling. Miyetti Allah warns members against encroachment on farmlands(Opens in a new browser tab) For Liman Abubakar, a livestock, petty farmer and member of Ogun State Co-operative Produce Association, the border closure will undoubtedly lead to “enhancement of our farmer’s produce and give Nigeria other benefits of revenue, in addition to national security.

Most of the weapons being used for kidnappings, insurgencies, banditry and other crimes come through our porous borders concealed in foods and other goods imported into Nigeria. We cannot achieve food sufficiency, job creation, security and economic advancement if we allow other countries to decide our fate by allowing everything to transit in them on their way to us.” “Nigeria has severally urged Benin Republic to control what they allow into Nigeria through their border, but they refused. Now they are crying because their entire economy is dependent on Nigeria. Kudos to the government of Nigeria for taking such a decisive and bold step,” he said. Downsides Most importers of perishable goods, valued at millions of naira, have had their consignment of goods trapped in Cotonou, capital of Benin Republic for several weeks now because the Seme and Idiroko borders were closed without warning.

As expected, the prices of common food consumed by Nigerians have hit the roof. Food items, such as frozen foods have gone up by 65 per cent. The price of foreign parboiled rice also went up by 29.4 per cent from N17, 000 to N22, 000. The demand for local rice in the absence of foreign rice drove the price of local rice up from N15, 000 to N17, 000. The situation has left many people questioning the wisdom in shutting the borders against rice imports, whereas Nigeria has not been able to produce enough to meet local demand. The volume of local rice production in the country is put at 3.7 million tonnes per annum, while consumption is almost 7 million tonnes.

The wide gap between the production and consumption of the item is filled with imports. But the Federal Government had decided that spending the sum of $35bn on the importation of food annually was not healthy for the economy. Ali revealed that about 20 million tonnes of rice were stuck in Benin during the seven weeks period since the August border partial closure. Benin Republic is a small country with a population of 11.8 million. Ali, who doubted that such a small population consumed 20 million tonnes of rice, concluded that the final destination of the rice was Nigeria. According to Nonso Obikili, Director at the Turgot Center for Economics and Policy Research in Abuja: “Already we are seeing effects on prices and inflation and I’m sure we will see effects on Q3 Gross Domestic Product GDP once that data comes out in November. Exports are also restricted, which will stop movements of cocoa and sesame seeds via land borders.” Yusuf, the LCCI chief said it is important to reckon with the costs, supply chain disruptions and losses that business and individuals have suffered as a result of the closure.  Corporates, large number of informal sector players and individuals doing legitimate businesses across the borders have become victims of the border closure.

This poses a dilemma. The government means well, but there are many innocent casualties. He said counting the costs: Jobs have been lost, prices have skyrocketed, legitimate exports to the sub-region have been halted, intermediate products for some manufacturers have been cut off, some multinational companies have been de-linked from their sister companies in the sub-region. “Over 90% of Nigeria’s trade with the West African sub region is by road. We export manufactured products as well as agricultural products–detergents, toothpastes, plastic products, steel products, kitchen utensils, grains, ginger, and onions, among others.” Border closure: Joint security agencies seize N1.4bn items – Ali(Opens in a new browser tab) Oniore said the sudden closure seems to be having negative impact on prices of commodities such as rice and frozen foods already. Closing the border requires holistic and coordinated approach as against the present sudden closure.

There should have been an extensive appraisal of the trade problems at the border before the sudden closure. Though, goods can be exported through the seaports, but how many local farmers and exporters are educated on alternative channels of exports? Clearly, the sudden closure of the borders is poorly done. I strongly believe decision on public policy issues should be carefully managed. FG says Nigerian Embassy in Benin Republic not attacked(Opens in a new browser tab) Way out To Yusuf, Nigeria needs to fix the structural, institutional and policy shortcomings that perpetuate the phenomenon of smuggling and increased vulnerabilities, advising President Muhammadu Buhari to immediately address shortcomings, like: weak institutional capacity to police the country’s vast borders across the country; Porosity of nations borders because of the expansive nature of the borders stretching over four thousand kilometers of land borders and 853 kilometers of coastline; Failure to deploy technology to manage our borders and international trade processes; Weak productivity in the domestic economy which aggravates production and operating costs, thus impacting adversely on domestic prices and competitiveness; High and prohibitive import tariffs which creates daunting compliance and enforcement challenges for the Nigerian customs services and also perpetuates corruption, and others. All of these are fundamental domestic policy, structural and institutional challenges that we must fix for an enduring solution to be achieved. For Oniore, there’s need for a comprehensive and well coordinated approaches towards the borders closure because the sudden closure of Nigeria’s borders goes against all commercial and freedom of movement treaties signed under the Economic Community of West African States (ECOWAS) and the recently signed African Continental Free Trade (AfCFTA). Credits: Vanguard