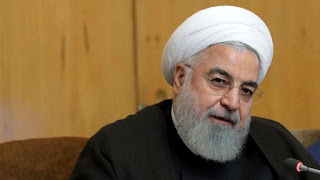 Iran said Saturday it “unintentionally” shot down a Ukrainian passenger jet, killing all 176 people aboard, in an abrupt about-turn after initially denying Western claims it was struck by a missile.

President Hassan Rouhani said a military probe into the tragedy had found “missiles fired due to human error” brought down the Boeing 737, calling it an “unforgivable mistake”.

Canadian Prime Minister Justin Trudeau demanded Saturday that Iran provide “full clarity” on the downing of the plane, which Ottawa says had 57 Canadian citizens aboard.

“A full and complete investigation must be conducted,” Trudeau said. “Iran must take full responsibility.”

Iran’s Supreme leader Ayatollah Ali Khamenei offered his condolences and ordered the armed forces to address “shortcomings” so that such a disaster does not happen again.

The acknowledgement came after officials in Iran denied for days Western claims that the Ukraine International Airlines plane had been struck by a missile in a catastrophic error.

On Saturday evening, police dispersed students who had converged on Amir Kabir University in Tehran to pay tribute to the victims, after some among the hundreds who gathered shouted “destructive” slogans, Fars news agency said.

State television reported that students shouted “anti-regime” chants, while Fars reported that posters of Soleimani had been torn down.

But Brigadier General Amirali Hajizadeh said the missile operator acted independently, targeting the Boeing 737 by mistaking it for a “cruise missile”.

The operator failed to obtain approval from his superiors because of disruptions to a communications system, he said.
Email Post