THE ZONING STRUCTURE IN ENUGU POLITICS WILL NOT SUFFER COME 2023 NO MATTER THE INTEREST: 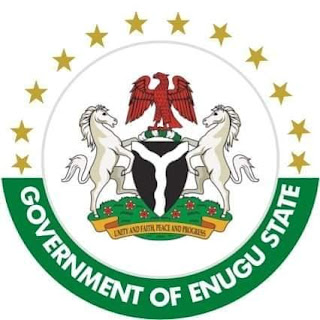 Its agreed that from 1999 when the military handed over power to the civilian rule, there was a political tension as regards who assume Democratic leadership until God in His infinite Mercy brought about this existing and peaceful zoning structure in Enugu state.

If also agreed that the zoning structure  provided a fair playing ground to all quarters of the state, then it's absolutely wrong and ungodly to mention that the Enugu state zoning structure is illegal or selfishly adopted. zoning transcends development, hence the clamour for zoning by States yet to adopt zoning formula. Zoning brings in justice and equity therefore , we cannot jettison the idea of zoning at this stage.

Its also expedient to note it's never an assumption as claimed by some dreamers, rather a reality, tradition, prevalent and God's design for the Governorship power in Enugu state come 2023 will emerge from Enugu East Senatorial zone.

As it is a well known fact that a great Leader is an ordinary person with extraordinary wisdom, Ndi Enugu is blessed with a God fearing Leader who despite all odds still excel on the delivery of good governance to Ndi Enugu.

If the full moon loves you , why worry about the stars, is a Tunisian proverb very deep in meaning.

We shall continue to chorus that Enugu is in the hands of God because we are blessed as a people .

Prince Emma Efoke, writes from Enugu. He is an Aide to Enugu State Governor
Email Post