WE ARE PROUD OF YOUR TRANSFORMATIONAL AGENDA, NULGE TELLS IMSG 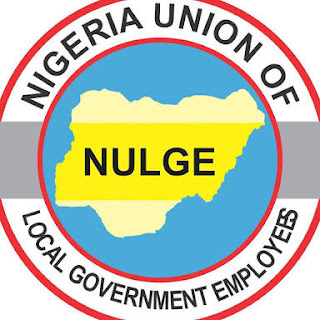 Suprised by the giant strlde  achievements recorded by Imo State Government within four months of assumption of office by Senator Hope Uzodimma as an Executive Governor of the Eastern Heartland State, Nigeria Union of Local Government Employees ( NULGE), Imo state chapter says they are impressed on the transformational initiatives of the Prosperity mantra administration.

The union disclosed this in a press statement they issued on Sunday shortly after their monthly Congress held at the Union's Secretariat along Port Harcourt Road, Owerri and endorsed by Comrade Richard Eze and Comrade C.C Ebem Njoku, the Union's State President and Publicity Secretary/PRO respectively and made available  to Journalists in Owerri.

According to them "We the members of the Nigeria Union of Local Government Employees (NULGE), Imo State Branch, wish to commend and congratulate His Excellency Senator Hope Uzodinma(Onwa Oyoko) on his kind approval and commencement of payment of March and April Salaries of Local Government Workers. Moreso, for the past four months we have been watching with keen interest, your quick, calm, noiseless, quality, steady, action and purpose driven impact of your administration on the Political, Social, lnfrastructural and Economic recovery, rehabilitation and reconstruction of our dear State particularly Local Governments and it's administration" they stated.

They pointed out that the state government continual  payment of Salaries and Pensions despite the global socio-economic woes as a clear manifestation of the administration's steadfast desire to return the Local Government operations to it's former glory.

They further commended Governor  Uzodimma for what they considered as  the administration's proactive, tactical and technical approach and measures that aided in  checkmating COVID-19 pandemic and it's spread to lmo State, and the all round lockdown palliatives, which they said have made the State among the least affected States of the Federation.


The Union expressed their support and appreciation of the Prosperity administration to sanitize and reposition the Public Service and it's operations, provision of quality vehicles to Government Officials for improved civil service delivery, quality and even spread of appointments, total rehabilitation of the State Secretariat and other Government facilities which includes, improved and increased roads network,  provision of brand new Hilux Vans and gadgets for advanced security anchored in operation Search and Flush (SAF), recovery of water supply to the metropolis among others as a justification of the administration's commitments to visionary and purposeful goverance.

They equally reassured the state government of their total support, loyalty and cooperation and pray that God Almighty will bless, guide and protect the Governor's cabinet in their efforts of realizing the prosperous Imo State of their dream.
Email Post