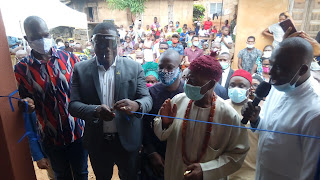 Hon. Nonso Okafor stated that,he went on the journey to build the house for the women, because of the pains and suffering, these widows experienced over the years, due to the dilapidation of their house, which is not conducive for human habitation. He stressed that the project was a passionate one for him, going by the pathetic story of their living condition, and that one should do things for people, without expecting anything in return, he said. 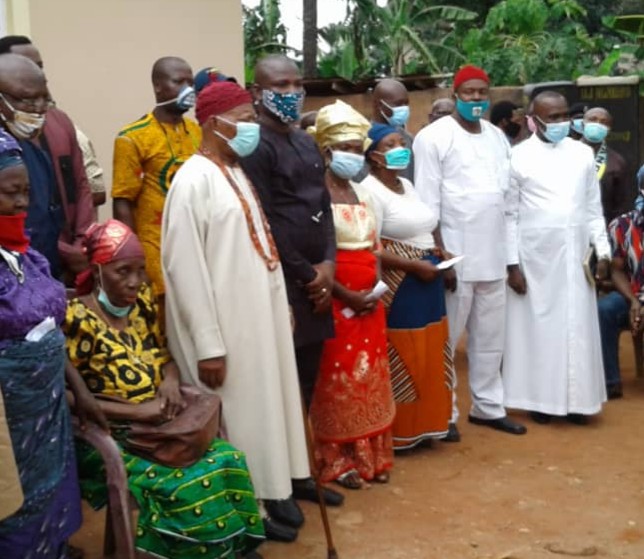 The house, a 3-bedroom bungalow, which was built for Mrs Gladys Chukwujiobi, Mrs Anotonia Chukwujiobi and Mrs Bridget Chukwujiobi,the women who were married to the same husband who is now late, had no children. The house has a sitting room with a set of cushion chairs, side stools and centre table. It also has a flat-screen LED TV and GOtv with one-year  subscription. Each of the three rooms is furnished with a wardrobe, bed, mattress, beddings and curtains.


Hon. Okafor however stressed that, part of the reason they were considered for such project, was because each time it rained, they where drenched by the rain, which most times result to fever, or flu, occasioned by mosquito bites, as major parts of the roof covering the thatched house leaked. Alas the mud house was already caving in, posed a death trap to them as it could collapse at any time.

He said “Disturbed by their plight, I visited these women; I was moved to pity, when I noticed that the oldest who was in her seventies or eighties was blind and sick. Their dilapidated mud house is not so different from living outside as it was riddled with gaping holes which cannot prevent cold, mosquitoes, or worst-case scenario snake attacks"

“It was heartbreaking that these women in their age who deserve to be tended like babies live in penury in a house that cannot guarantee good sleep.

“In furtherance to my vow to better the welfare of my constituents, I decided to build a modern house for the three (3) widows, a house that will not only give them basic shelter but also a sense of belonging.

“Women of their age live in houses built by their children but since they were unfortunate to have non, I decided to be a son to them. And what sons do for their mother, I promised to do for them.

“By the grace of God, I started the building project in the month of March and today being 22nd May, 2020, to the glory of God, the house is commissioned and handed over for use of these widows”, he explained. 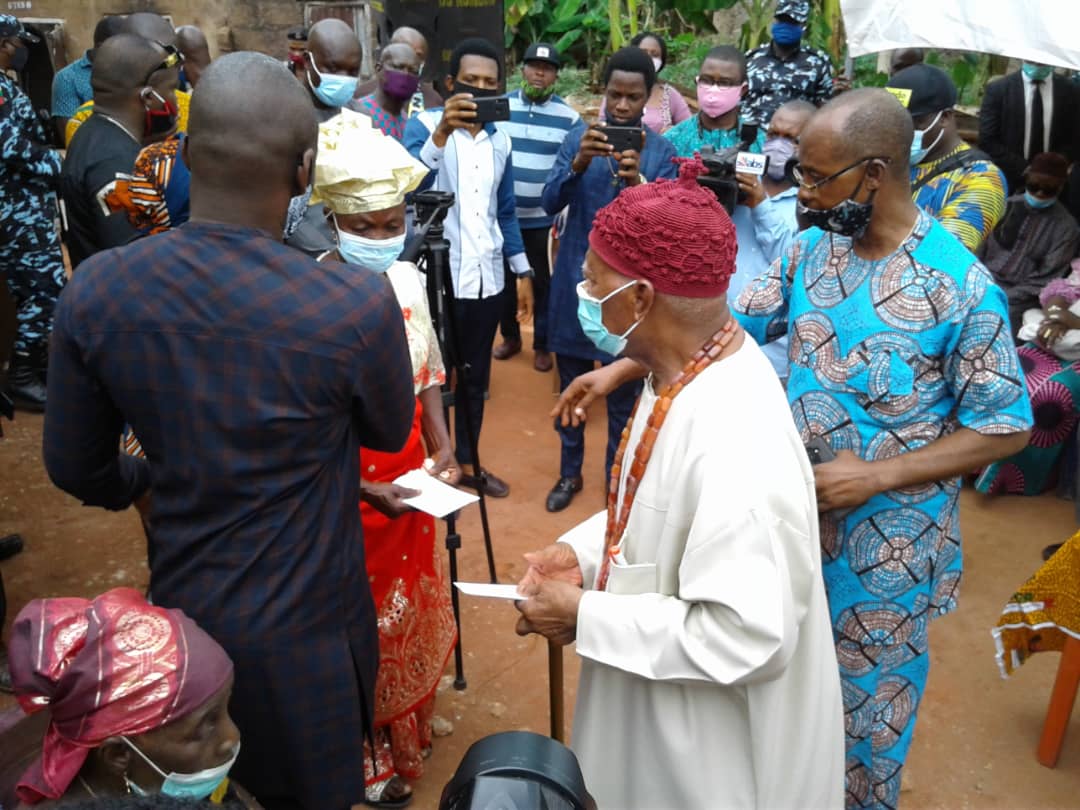 “To the good people of Nnewi North Constituency, thank you so much for your continued support and prayers”, he said.

The speaker of Anambra House of Assembly, Rt Hon. Uchenna Okafor, who was present at the event, while speaking to newsmen said that he is happy that, Hon. Nonso Okafor was able to do such a project and commended him for taking the bull by the horn. He also thanked the Governor of Anambra state, Chief Willie Obiano for his efforts in making funds available for constituency projects. Which has also gone a long way to help Hon. Nonso Okafor achieve many milestones. 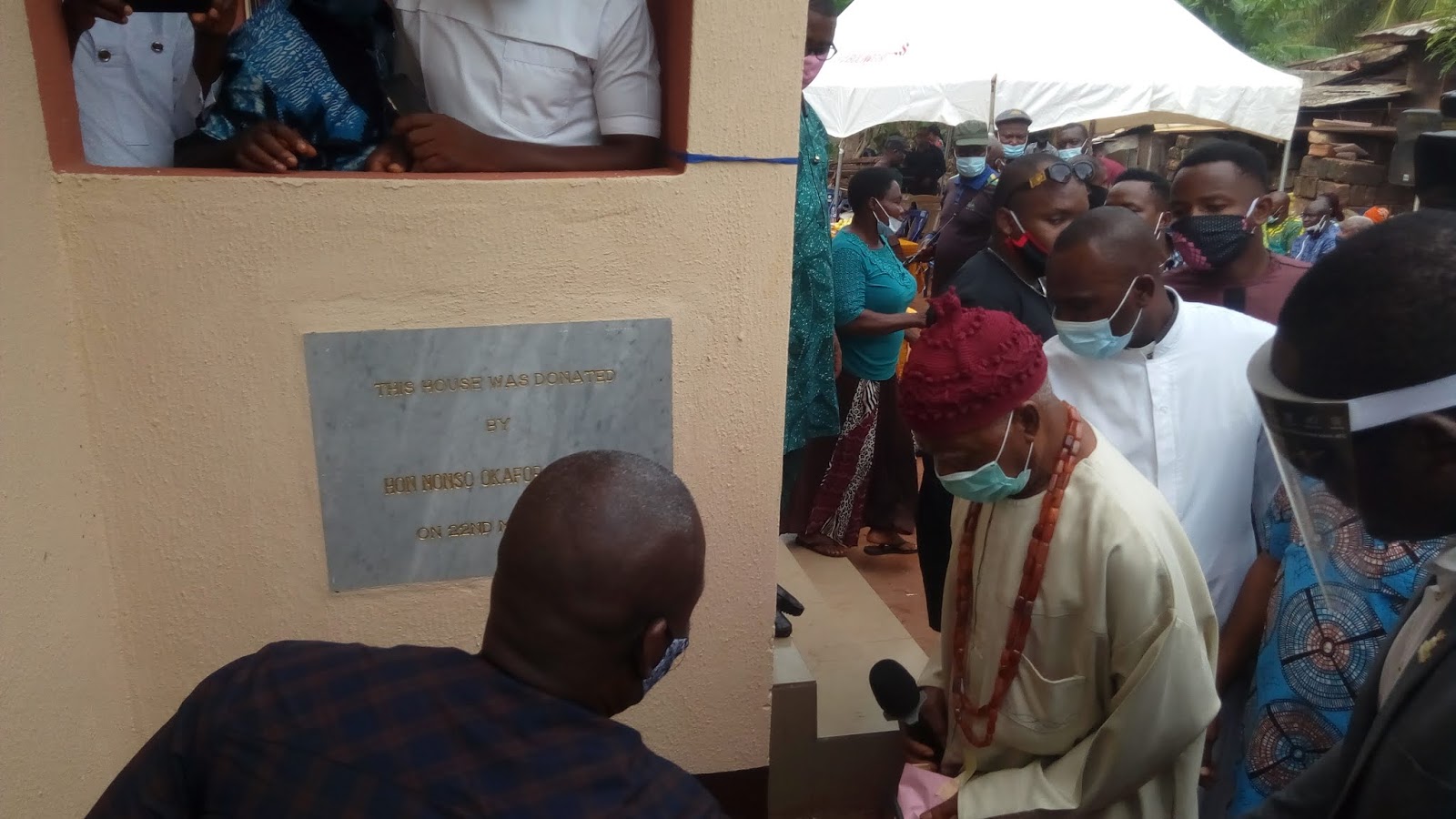 Rt Hon Uchenna Okafor therefore urged other well meaning individuals in the state to help people around them to ensure of a secured future, as we should always be our brothers keeper. He however thanked Ndi Nnewi for standing behind their son, and urged them to continue in that direction.