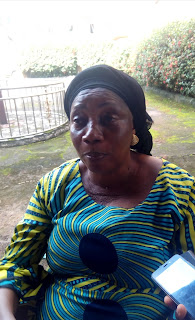 The family of former traditional ruler of Awka-Etiti in Idemili South Local Government Area of Anambra State, His Majesty, Igwe Joachim Okwudili Ojukwu, has called on government and security agencies in Anambra state to do justice in unraveling the perpetrators of the dastardly act, which resulted to of the murder of their son, Prince Angus Chukwuma Ojukwu.

Addressing a press conference at their Nkolofia palace, yesterday, mother of the deceased, Lolo Cecilia Ojukwu, flanked by some of her children, expressed grief on the demise of her first fruit, but was however confident in the ability of Governor Willie Obiano and  Anambra State police commissioner, CP John Abang, to unravel circumstances surrounding the incident.

She said: "The death of my son, Prince Ojukwu, came as a surprise to the royal family. We never expected it. This is the kind of thing we least expected. People are insinuating a lot of things, suggesting whatever they like about the incident; but as it stands, we can hardly tell what happened and how it happened, as we were not with him in the palace as at the time of the incident,"

"Be it as it may, the royal family demands justice. There are complexities and inconsistencies in stories and reports about  our son's murder. As it stands, nobody can tell how it happened; but we have absolute confidence in the Nigerian police force and the state government to do a good job on the matter."

She thanked family members, friends and other Nigerians, who had stood with the family since the incident occurred, and called on Awka Etiti to remember that the person that was murdered is the first son of Akum. He tasked the government of Anambra state to ensure that justice is done and seen to have been done to anyone who has a hand in the murder, she said.