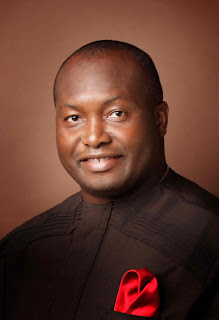 While we deeply appreciate the President and  Commander In Chief of the Armed Forces of Nigeria, President Buhari , the National Security Adviser Gen Monguno , the Inspector General Of Police, the State Governor, and the heads of the other security agencies as well as others too numerous to mention who all reached out to commiserate with the Senator over this unfortunate incident.

We still insist that getting to the root of this assasination attempt will go a long way in assuaging the badly traumatised feelings of the numerous lovers , followers and well wishers of the Distinguish Senator representing Anambra South Senatorial District  and Leader of the Young Progressives Party (YPP), Senator Dr Patrick Ifeanyi Ubah.

They must understand that this particular assasination attempt must never go unravelled and the perpetrators MUST be brought to book .

Attached is the condolence from Imo state government.

This obviously heavily funded heinous crime carried out against the Senator  despite having prior knowledge of the heavy security back up that he moves with ,sent shock waves across the entire State and Nation and both the perpetrators as well as their sponsors must be made to face the full wrath of the law .

This is our basic and minimum request as the day's count down.

The entire Nation awaits this particular news with great expectation ..

In the interim we still remain. 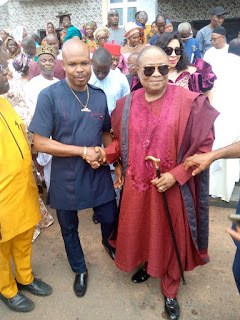