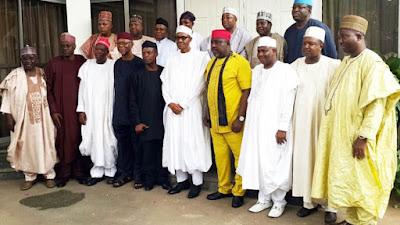 Meanwhile, Mr. Uche Nwosu has advised the party’s national chairman, Oshiomhole, not to take counsel from ‘Abuja politicians.’ The governorship candidate, whose emergence is being opposed by those who insist he was forced on the party, said only his candidature could guarantee a win for the party in the 2019 election. He warned Oshiomhole not to take side with politicians working against the will of the people. Nwosu told journalists in Owerri that such could jeopardise the chances of the party in the general election in the state. He said: “The leadership of the party should not base their decisions on mere sentiments and propaganda perpetrated by the Abuja-based politicians who cannot even win their polling booths in an election.