At last, Imo State Governor, Chief Rochas Okorocha, yesterday announced the movement of his son-in-law, Mr. Uche Nwosu, other aides and members of the State House of Assembly from the All Progressives Congress (APC) to the Democratic People’s Party (DPP).

Okorocha, who spoke with journalists at the Government House, Owerri, however, promised to work for the victory of Nwosu as the next governor of the state in 2019 even as he remained in the APC as its candidate for Orlu Senatorial District.

He also accused the APC governorship candidate in the state, Senator Hope Uzodinma, of duping the deputy governor, Mr. Eze Madumere, former Secretary to the State Government, Mr. George Eche, and his predecessor, Mr. Jude Ejiogu, from the governorship ticket.

According to him, what happened in APC primaries in many states presents interesting scenario as the party he said is known for justice, equity and fairness has been dented by the National Chairman, Mr. Adams Oshiomhole.

He said, “What happened in Imo was a clear case of injustice, where Uche Nwosu won the primary and was robbed of the ticket. This injustice must be addressed. However, in spite of the fact that my aides are leaving the party, I am still a member of APC and will not leave the party.

“I tried to persuade them not to leave, but they have made up their minds. I have done what I can to make them remain in the party, they disobeyed me. I don’t have any moral justification to stop them.

“President Buhari is not behind the injustice done by the party in the state but Oshiomhole is solely responsible for all the injustice meted to my people in Imo State.
For me, I am still a member of APC. Buhari still remains my candidate and I will support him.”

Okorocha maintained that Imo people did not play politics of party but politics of individual, revealing that the people’s interest in APC was by his own making.

He contended that among the various governorship candidates in the state, his son-in-law, Nwosu, remained the best and vowed to support him to fulfill his governorship ambition.

The governor stated that most of his aides who were presumed to have betrayed him never did so, but were given fake hopes, adding, “They were deceived into believing an illusion. This is a scam played out by Senator Hope Uzodinma after all the efforts they put up in making Uzodinma the governorship candidate; he now realized that they cannot be trusted with any position, including that of his running mate. This is the game behind the game.”

Nwosu had contested the APC governorship primary election in the state but lost out to Uzodinma, sparking off a wave of protest from Okorocha that has culminated in yesterday’s defection of his associates. 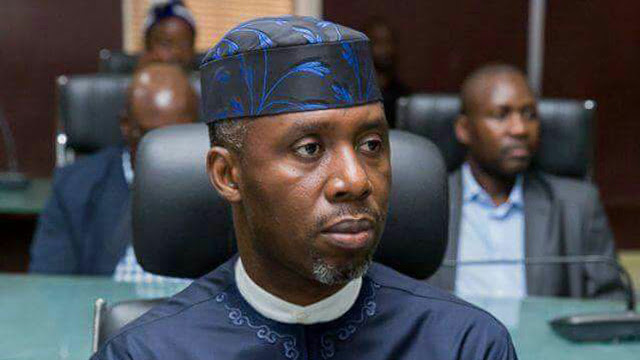