His Excellency Dr. Ikedi Ohakim, the Accord governorship candidate for the 2019 governorship election in Imo State, has reiterated his commitment to revamp the economy of the state when he becomes the Governor of the state in 2019 for one term only.

Ohakim disclosed this on Friday, December 14, 2018, while speaking at the Legends of Justice, Development and Peace Dinner Night organized by the Justice Development and Peace Caritas Commission (CARITAS) of the Catholic Archdiocese of Owerri, held at the Art Nouveau Events Center, Port Harcourt Road, Owerri.

The immediate past governor of the state who is also the Accord governorship candidate noted that the economy of the state has been on bended knees since he left office, lamenting that just recently a man who used to trade at one of the markets demolished in the state by the Okorocha government died as a result of his inability to provide N1,000 for his child's Christmas school party.

He said that when he becomes Governor again in 2019 he would revamp the economy of the state and ensure that every family is happy, while parents meet their obligations without too much hassles.

Ohakim also lamented that the healthcare system in the state has collapsed, stressing that it was unfortunate that the general hospital in Ohaji/Egbeme LGA has been covered with weeds while all the medial staff, including 10 medical doctors, have been sacked while the equipments have been left to dilapidate.

He added that as a result of the broken down healthcare system Imo people now die like chicken. He said that when he returns as Governor in 2019 he will also restore the healthcare system and bring back the Health For All programme.

He said that under his watch the mortality rate in the state, especially infant and maternal mortality rates will come done drastically.

Ohakim extolled the Catholic Church for their roles in providing social services for the people, noting that but for the Church many people would have died during the civil war in the country.

"When the Catholic Church came to Igbo land and Nigeria in general, they came with a lot of love, with so much social safety net. They came with hospitals, schools, motherless babies homes and hygiene programmes.

"Most of us who are alive today, it is because of the relief materials the Church brought during the civil war. They brought food, medication and clothing", he said. 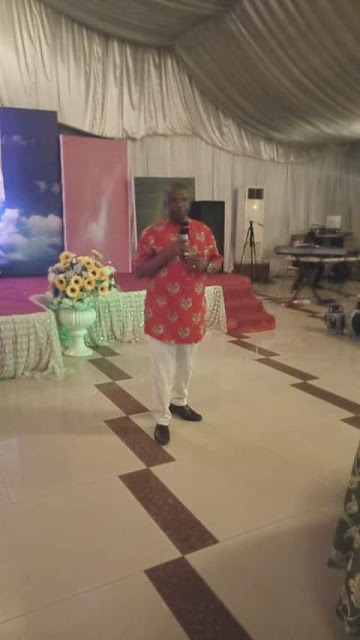