Celebrating an Egalitarian Leader at 60!*

1. Andy Uba was born on the 14th of December, 1958 in Enugu State to the family of Nze Philip Uba and Dame Chinwe Uba.

2. He hails from Uga in Aguata LGA of Anambra State, a town prominent for exploits in Trading activities. Uga has one of the largest markets in Aguata local government area.

3. Andy Uba holds a Bachelor's Degree in Geological sciences with years of working experience in Finance and Health services.

4. In his first political appointment, Andy Uba served the then President Olusegun Obasanjo as Special Assistant to the President on Domestic Affairs between 1999 - 2006.

5. His first political contest was in 2007 when he contested for Governor under the platform of People's Democratic Party, PDP.

6. Uba has served in the Nigerian Senate since 2011 - the first representative from his zone to win a second term bid.

8. Andy Uba in his over 16 years in public service has never been tried for any corruption case. He became the first non opposition Senator in modern democracy to head the Senate committee on Public Accounts.

9. Andy Uba leads the Senate's bill chart, he has sponsored about 16 bills in the Senate, spanning through Consumer protection, Public administration, Arbitration, Transportation, Infrastructure and Agriculture.

11. Philip Uba foundation has given out over 400 scholarships spanning through Primary, Secondary and Tertiary Education. The foundation has erected buildings in Nnamdi Azikiwe University Awka and the school of Pharmatical sciences Agulu.

12. In his capacity as Senator, Uba has assisted over 300 graduates with employment in various ministries and agencies of government.

13. In 2014, Andy Uba sponsored and championed a motion for the recognition of Anambra state as oil producing state.

14. As Senator, Uba represents 67 communities in the 7 Local Government Areas that makes up Anambra south. He has facilitated procurement and installation of over 50 transformers, has renovated over 100 classroom blocks across various public primary and secondary schools in the zone. 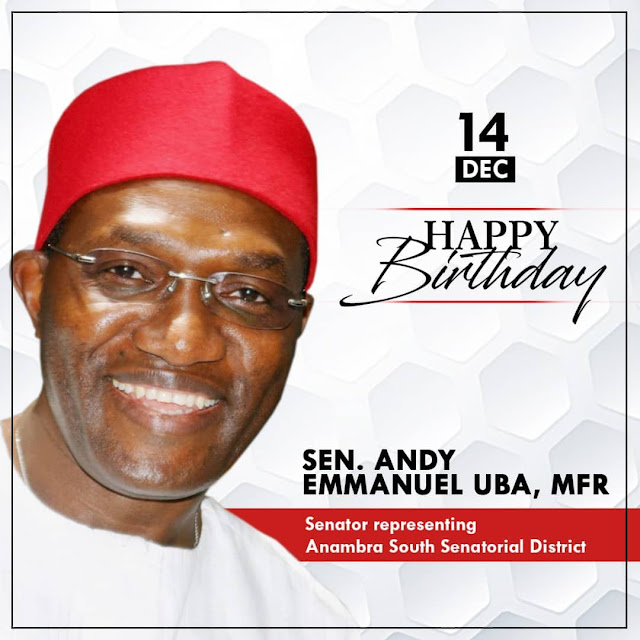