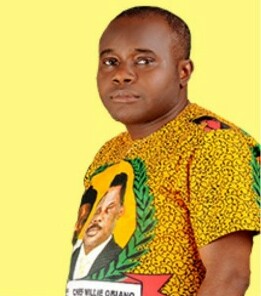 The Senior Special  Assistant to governor Willie Obiano, on Information, strategy and communication, says he is hopeful that INEC is prepared and ready for tomorrow's general elections in Nigeria and Anambra state, in particular.

He made this assertion today at Ihiala local government council, while interacting with newsmen. He stressed that INEC is one of the public institutions in Nigeria that has evolved over the years, and is gradually marching towards perfection, with the modalities they have put on ground for this election.

He was of the view that APGA is the party to beat and the brand, APGA,will speak volumes of the government's grassroot achievements In the last four years on the saddle of leadership in the state.

He therefore called on Ndi Anambra to vote all APGA candidates as a measure to continue encouraging the governor for all he has done for the people.

He therefore called on Ndi Anambra to come out in their numbers to perform their civic responsibilities, which is to vote for the best candidate that will represent their interest in government.
Email Post