Alleged missing Imo N19.63B: Report on Ihedioha to be sent to EFCC ― IMHA 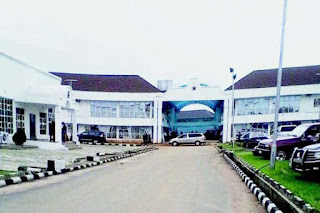 The Imo State House of Assembly, Tuesday said that the factual findings on the alleged misappropriation of the local government funds under Emeka Ihedioha’s administration would be sent to the Economic Financial Crimes Commission, EFCC, to take action.

The Chairman House Committee on Public Accounts Committee, PAC, Chigozie Nwaneri, alongside members of his committee, disclosed this in Owerri, even as they said that the work on the report had gone up to 50 percent.

This is coming after several attempts made by Ihedioha, to stop his probe using the court had failed.

However, Nwaneri, representing Oru East state constituency said that the House had involved the services of external auditor and an accountant to conclude the report as submitted to the House by the auditor General of local government in the state.

The chairman of the committee Nwaneri said among other things that, “This Public Accounts Committee, PAC, started under the previous administration of Emeka Ihedioha, and it has existed for almost a year now.

“And since this present government came in we have not reshuffled this committee. This committee has remained the same as when the previous government was in office.