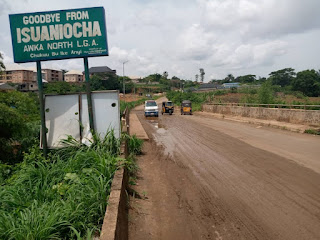 --- appeal to Obiano, IGP, CP to stop the invasion by cultists, armed youths
Some elders of Umuneri Village , Isu-Aniocha, Awka North local government area, Anambra state yesterday rose in condemnation of the forceful takeover of their entire lands by the Anambra state Housing Development Corporation Awka led by Arc. Willie Okafor.
The elders said they have placed a caveat emptor on the land for buyers to beware of the danger signals to avoid regrets.
The Elders asked all intending buyers of the 54.27 hectares of land Green Valley Housing Estate among others surrounding it to beware and shun doing business with Anambra state Housing Development Corporation Awka with regards to the land until all matters pertaining to it is resolved or lose their investment.
They described as treasonable felony, fraudulent and wickedness, the invasion of the entire Umuneri Village land by Housing Development Corporation Awka to build an estate against 54.72 hectares being negotiated with them by some of its people, but could not recognize the ancestral owners of the land.
The elders in age range of between 100 years and 80 years were led by Chief Lawrence Ofulume, 100-year old from Iruoje kindred; Chief Sylvester Aniefuna, 96-year old from Iruowelle kindred, and Chief Augustine Nwankwo Okafor, 82-year old from Iruonukwu kindred.
The elders, speaking through, Chief Augustine Nwankwo Okafor, wondered why the estate in their land should be answering Green Valley Housing Estate Awka instead of Green Valley Housing Estate, Isu-Aniocha, Awka North. He Said the fraud in the land acquisition cannot stand.
Chief Okafor who is a former Umuneri village Chairman for 19 years before handing over 6 months ago, said  Isu-Aniocha has boundaries with Okpuno Community at the Obibia Stream and with Enugu-Agidi and has nothing to do with Awka, hence, it was strange to them for Awka to be claiming their land and Housing Development Corporation was giving them attention.
They called on Governor Willie Obiano, the Inspector General of Police, IGP Mohammed Abubakar Adamu, and the Anambra state Commissioner of Police, CP John Abang to intervene as they did previously to forestall the impending mayhem signal coming from the land dispute, by directing the Corporation's MD to initiate peaceful resolution with rightful owners of the land to resolve all issues pertaining to the forceful take over.
The elders also appealed to the Anambra State Commissioner of Police, CP John Abang to ensure his men are not used by the Housing Development Corporation or anyone at that to intimidate and humiliate their children and wives going to their farmlands to farm. They informed that currently some thugs and cultists are laying ambush in their land and beating, chasing them out of the land, as well as threatening to shoot them if they enter the land to farm.
Green Valley Housing Estate Awka FRAUD: Isu-Aniocha Elders reject Anambra Housing Development Corporation's encroachment 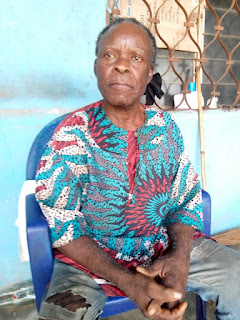