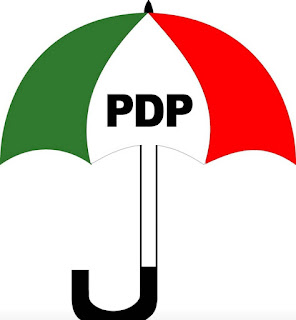 From all indications, it appears the Peoples Democratic Party (PDP) in Nnewi North Local Government Area of Anambra State is Nnewi North PDP, re- strategize for election victory.
From all indications, it appears the Peoples Democratic Party (PDP) in Nnewi North Local Government Area of Anambra State is going through a leadership cleansing that may shake the party to its very foundation.
This development emerged on Sunday, during critical stakeholders meeting in Nnewi which was held at the residence of Hon Tempest Udeze, a strong stakeholder of PDP in Nnewi North LGA.
In his opening remarks at the meeting, Chief Eugene Anyanwu Okonkwo, a stakeholder of PDP in the LGA noted that PDP has not won any election in the council area because of the activities of few disgruntled individuals who he said has hijacked the party for their selfish gains.
He stated that Nnewi North remains a strong hold of PDP until the former state Organizing Secretary who claimed to be acting on the instructions of the former National Publicity Secretary hijacked the party, which led to the lose of focus, which resulted in the party not winning any election in the area in recent past.
Chief Okonkwo said "the assembly of the stakeholders became necessary when we realized that the party has been reduced to his private business where he appoints who becomes what, without any respect for the wishes of party faithful.
"As a matter of fact, we can't allow the drifting ship of PDP in Nnewi North to drift to point of no return, which will led the losing of our members to other political parties in the area. The decision was not mine, it was the  collective decision of all stakeholders at home and the diaspora
"We are out to redeem our party past glory, as  we will reach out to our great pillars who abandoned us because of the selfish character of the young man and appeal to them to come back to the house we all built together
"Recently, we lost the PDP chairman in our council area, Chief Oko Echendu, while party faithful across the state are still in shock over the death our chairman, the same person appointed an  acting chairman of party when we have a deputy chairman. When confronted , he told us that it was a Leader of the party, Chief Olisa Metu, that directed him to immediately appoint a replacement immediately to take over the position of late Oko in acting capacity. We later got to know that Chief Metu was not aware of any of his actions.
"Stakeholders have kicked against the appointment and he has quickly reversed himself
"The critical stakeholders can no longer fold their hands while uncommitted members are running the party underground in Nnewi North. We want to be part of the success story of PDP in the forthcoming governorship election in Anambra state which we must win"
"We have decided to go back to the drawing board and correct the anomalies that foisted the wrong persons on us as leaders here." Chief Okonkwo noted.
In his remarks, Prince Chiedu Orizu said that  thirty critical stakeholders are passionately committed to chatting a new course for PDP in Nnewi North to regain her lost pride of place.
Prince Orizu said that the stakeholders are ready to checkmate the few selfish persons who have been clandestinely undermining the party.
He said the stakeholders are already putting structures on ground to return PDP in Nnewi North to winning ways.
Prince Chiedu Orizu expressed the confidence of the Nnewi North stakeholders on the National leadership of the Peoples Democratic Party, the National Vice Chairman, South East, Dr Umahi and Hon Ndubuishi Nwobu led Executive Council in Anambra State.
The Nnewi North PDP stakeholders in their resolution, agreed to reach out to the party faithful who left PDP because of undemocratic character of a few persons who are running the party as their private business. He assured that the stakeholders will be holding regular meetings at wards and chapter levels as well as admitting new members, which will put the party on a new track.
All attempts to hear from the former Organising Secretary of PDP, Sir Samben Nwosu who is alleged to be at the center of the rumble proofed abortive, as calls put across to him was not answered.
Email Post