Senator Ekwunife calls on PDP, other political parties to reserve 40% position for women during party congresses 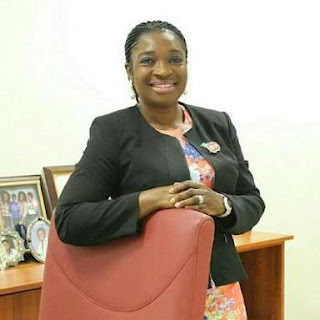 The Senator representing Anambra Central Senatorial District, Senator Uche Ekwunife has once again reiterated her call for the involvement of more women in politics.
The Senator through a statement on Wednesday, tasked political parties to take the advantage of party congresses to nominate at least 40% of women to the different offices in the party hierarchy, such as: the ward, LGA, State and National levels of the party.
Ekwunife who is the Chairman Senate committee on Science and Technology and one of the eight female legislators in Nigeria's upper legislative chamber noted that a more active involvement of women in partisan politics will guarantee that the talent and uniqueness of both genders come to play in advancing Nigeria's political system, an outcome which will place the country on the path of achieving gender parity.
While applauding the People's Democratic Party for guaranteeing 35% position for women in its different party hierarchies, from the national to the ward levels, the Federal Lawmaker noted that a lot still needs to be done to ensure that women are actively engaged in the party structures to allow them contribute gainfully to the development of the nation's democracy which stems from the activities of the different political parties. She called on State Governors to increase the appointment of women to not less than 40% in government.
According to Ekwunife, "the era of reserving only Women Leader positons and the Ministry of Women Affairs for women in Nigeria's political and governance systems is gone. Women are today better positioned to occupy influential positions in the Executive, Legislative and Judicial arms of government as well as the political partys' structures."
Recall that Senator Uche Ekwunife recently sponsored a bill for an Act to Alter the Provisions of the Constitution of the Federal Republic of Nigeria, 1999 (as amended) to make provisions for gender inclusiveness in the composition of government and for other related matters. The Bill seeks to amend section 14 of Nigeria's constitution to allow that, for the composition of Government of the Federation, State, Local Government Council, Ministry or Agency, there must be not less than 40% representation of each of the gender groups (male and female) in the composition of such government.
With the South African Municipal Structures Act of 1998 requiring political parties to ensure that 50% of the candidates on the party list are women and Rwanda making a constitutional provision reserving 30% of seats for women in its bicameral legislature, there is need for institutions within and outside the political party systems of both the developing and developed countries to establish measures to improve active participation of women in political party.
Email Post