....Insists on outcome of the August 2nd Virtual election. 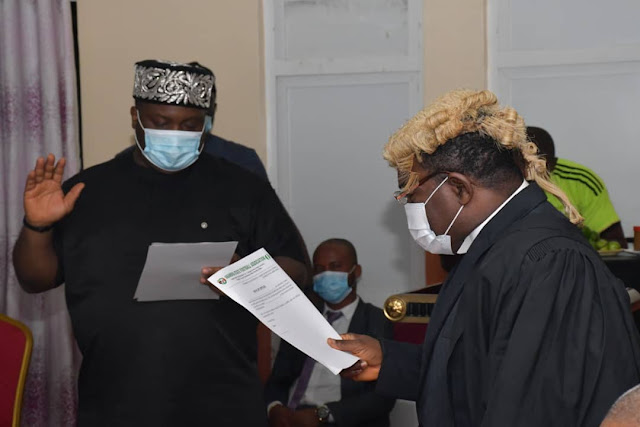 Twenty delegates and members of Anambra state football Association Elective Congress, who are the constitutional delegates have met in Awka, the Anambra state capital on thursday with a promise to remain united in their resolve to stand by the outcome of the August 2nd Virtual election that returned incumbent chairman, Senator Dr Patrick Ifeanyi Ubah for a second term in office.

The meeting which was summoned by the acting secretary Emeka Rapheal, was to drive home the importance of following the right processes and there constitutional rights, as delegates. The meeting had in attendance congressmen representing the various zonal football bodies, referees and coaches among other football associations.

Rising from the meeting, the elective congress which is the highest decision making body of the State Football Association  resolved as follows

1. That the election of Monday August 2 was done in accordance with all the laid down laws governing the conduct of state football association elections and in line with the Nigeria football federation statutes.

2. That the Congress will not support any other election or participate in any process leading to fresh election as they remain committed to the outcome of the August 2, 2020 virtual election

3. That the congress will do everything thing humanly possible to retain their pride in the light of recent developments

4. Congress is also disassociating itself from the NFF Caretaker committee that was recently inaugurated and has adviced the Electoral committee not to have anything to do with these impostors

Meanwhile information has it that the Anambra state Football Congress have concluded plans to petition CAF and FIFA on this matter so that the issue surrounding this can be settled.

It will interest on to note that all the state football associations are independent bodies, going by the statutes establishing them as the Nigeria Football Federation (NFF) has no powers to recall or rule over decisions taken by the elective congress.

In this case,Anambra State Football congress is the ultimate and independent decision making body of football in Anambra, which is merely affiliated to the NFF in line with FIFA status and comprises of the following

The above mentioned  groups were all represented at the meeting, however re affirmed their solidarity and firm believe in the Senator Dr Patrick Ifeanyi Ubah's leadership in the last four years hence their unanimous  decision to stand  by his 're election.

They vowed to resist any move to frustrate football administration in the stat, thus saving football from the government imposed caretaker style of governance currently going on in the state, which has brought in incompetent hands to handle the affairs of Government.