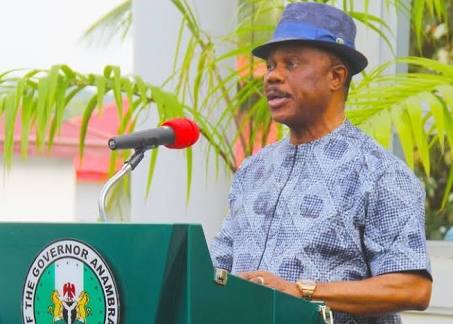 Anambra State Government has Suspended the Igweship Certificates Of 12 Traditional Rulers For A Period Of One Year. This is coming at the heels of the imbroglio between the Governor and these traditional rulers who are said to be at daggers drawn with the state government.

A circular from the  Commissioner for Local Government Chieftaincy matters, Mr Greg Obi which made available to Nigerian Notch, said the twelve traditional rulers traveled outside the state without consultation or authorization from the state government an act seen as diversionary with the intent to cause disaffection in the state.

8. Igwe A. N Onwuneme of Ikenga

The circular also revoked their membership of Anambra State Traditional Rulers Council and cancelled any appointment they may be holding in government committees until the suspension is lifted.

The suspension may be lifted at the end of one year, renewed or upgraded in the intervening period depending on government’s review of their conduct.

The suspension is on the recommendation of the Anambra State Traditional Rulers Council, following their meeting at the Professor Dora Akunyili Women Development Center, Awka on Tuesday.

The Chairman of Anambra State Traditional Rulers Council, and the Obi of Onitsha, Igwe Alfred Nnaemeka Achebe had in a news interview condemned the actions of the suspended traditional rulers who had traveled to Abuja with an Anambra businessman in an attempt to have audience with President Muhammadu Buhari. 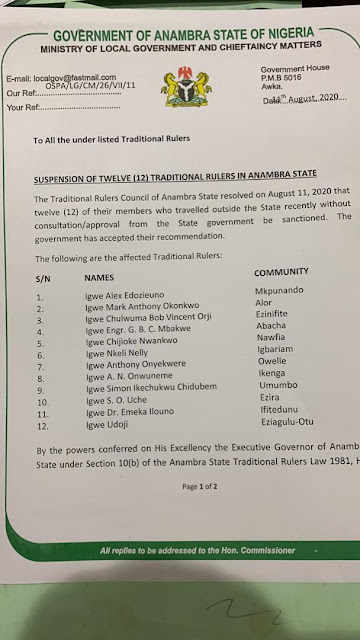 The manner the trip was arranged, the embarrassment of being turned back at Aso Rock Villa, and viral videos showing the suspended traditional rulers being induced with monetary gifts by representatives of the businessman to facilitate their trip to Abuja had raised a lot of dust with many blaming the traditional rulers for ridiculing revered Anambra traditional institutions. 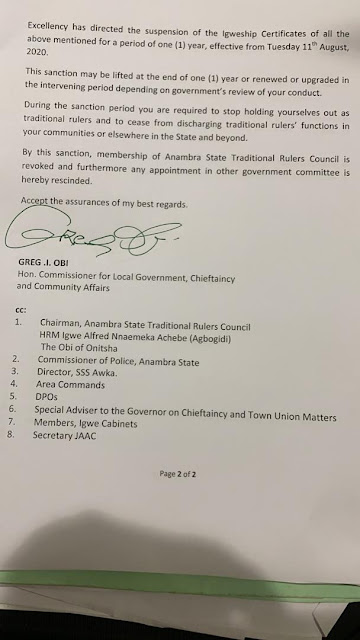 In another video, the businessman was seen promising the traditional rulers the sum of sixteen million naira for their cooperation.
Email Post