EASTERN NIGERIA: EXTRACTS FROM THE WILLINKS COMMISSION REPORT OF 1958. 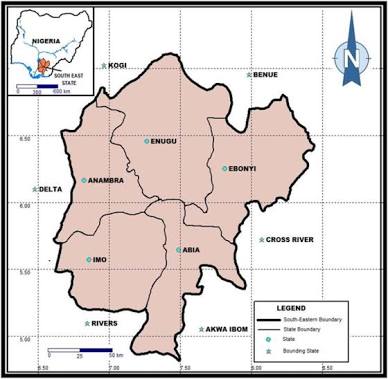 An appraisal is needed.

1. “More than 98% of people who inhabit this area (the ‘Igbo Plateau’ of the Eastern region) are Igbo and speak one language, though of course with certain differences of dialect. There are nearly five million of them and they are too many for the soil to support: they are vigorous and intelligent and have pushed outward in every direction, seeking a livelihood by trade or in service in the surrounding areas of the Eastern Region, in the Western Region, in the North and outside Nigeria. They are no more popular with their neighbours than is usual in the case of an energetic and expanding people whose neighbours have a more leisurely outlook on life.”

2. “Though there has been no great kingdom or indigenous culture in the Eastern Region, the coastal chiefs grew on their trade with the (European merchant) ships and they adopted customs, clothing and housing more advanced than those of the peoples of the interior on whom they had at first preyed for slaves. They came during the 19th Century to regard the people of the interior as backward and ignorant, and it was therefore a blow to their pride, as well as to their pockets, when the Ibos began to push outwards into the surrounding fringe of the country and particularly into the Calabar area, to take up land, to grow rich, to own houses and lorries and occupy posts in public services and in the services of large trading firms.”

“It was among the Igbos, formerly despised by the people of Calabar as source of slaves and as a backward people of the interior, now feared and disliked as energetic and educated, that the first political party formed.”

4. The Rivers Province …includes the two divisions of Brass and Degema, both overwhelmingly Ijaw, and the Ogoni Division. The former Rivers Division also includes over 300,000 Ibos of whom 250,000 are in Ahoada Division and 45,000 in Port Harcourt. Port Harcourt is a town of recent growth and of rapidly increasing importance; it is built on land that blonged originally to an outlying branch of the Ibo tribe, the Diobus, but is largely inhabited by the Ibos from the interior who have come to trade or seek employment….Of the total 747,000 in the Rivers province, 305,000 are Igbos, 240,000 are Ijaws and 156,000 are Ogonis.”

5. “The strip to the south of the Igbo block, is physically, divided by a block of Igbo territory, tipped by the important Igbo town of Port Harcourt and tribally divided between the Ijaws and the Ogonis.”

6. “In the whole of this non-Igbo area there is present in varying degree some fear of being over-run, commercially and politically, by the Igbos….. if Ahoada and Port Harcourt, which are really Igbo, are considered with the solid centre of Ibo population, there are 54 seats for the Ibo area and 30 for COR (Calabar, Ogoja and Rivers) in (Eastern Regional House of Assembly).”

THE FEARS AND GRIEVANCES OF MINORITIES:

7. “It was suggested (by non-Igbo petitioners) that it was the deliberate object of the Ibo majority in the Region to fill every post with Ibos (in public post and services).….when, however we came to consider specific complaints about the composition of public bodies, we found them in many cases exaggerated or unreasonable.”

8. “The allegation was put forward by counsel (to petitioners) that the Judiciary (when not European) was predominantly Igbo, with the implication that this caused fear among those who are not Ibos. But it was clearly stated in evidence by Dr. Udoma, the leader of UNIP, that no occasion could be adduced of the judiciary acting with partiality. The fact is that the legal profession is largely Igbos and the reasons for this do not seem to be Government action. It is therefore inevitable that there should be an Igbo preponderance among Judges and Magistrates. Further, it is the declared policy of Government that the Judiciary should be federal and this does not indicate a desire to control it. Again, the operation and composition of Public Service Commission here, as in the West, appeared to us in no way open to reproach.”

9. “In the Police, which in this region alone is wholly Federal, the number of Ibos in the higher appointments is not out of proportion to the Ibos in the region. The force is now federally controlled and although there are a large number of Ibos in the lower ranks, this is due to the fact that it has for long been a tradition among the Ibos to offer themselves for recruitment in this force in far greater numbers than any other tribe.”

10. “we noted that in five years, 1952 – 1957, from a total of 412 secondary scholarships, 216 were awarded to persons living in the COR areas, while the figures for post-secondary scholarships were 211 out of 623. The latter is about the right proportion of one-third, the former considerably in excess. It was suggested that scholarships awarded to non-Ibos were of an inferior kind and that the best scholarships went to Ibos, but we were, unable to see that this claim held any validity. On the evidence before us, we conclude that the allegations of discriminations in the matter of scholarships are unjustified.”

12. “That there should be modern streetlight in Onitsha, and not Calabar, was also quoted as example of discrimination; it proved however that Onitsha Urban District Council had financed this measure from their own resources.”

13. “The question of land was repeatedly raised, it being resented by the Efiks and Ibibios that the Igbos should acquire land at all in their territory while the methods by which it was obtained were also questioned. There is no doubt that on the Igbo Plateau there is insufficient land for the people and the Igbos are thrusting outwards where possible they acquire land and use it either for cultivation or building…..This is a matter which will require legislation sooner or later and it will be delicate to handle, but the economic process is in itself healthy and we had little sympathy with a witness who remarked that there is much undeveloped land in the district and he was anxious that it should not fall into the hand of the Igbos… We believe that Governments in Nigeria should be careful not to try to protect minorities by introducing measures that would restrict development and progress.

N/B: THERE ARE INDIGINEOUS IGBO EXTRACTION IN RIVERS STATE(RIVERS IGBOS).BEFORE  INDEPENDENCE THERE WAS NO IDENTITY CRISIS AMONG THEM. THIS IS WILLINKS COMMISSION REPORT TO QUEEN OF ENGLAND 1958.