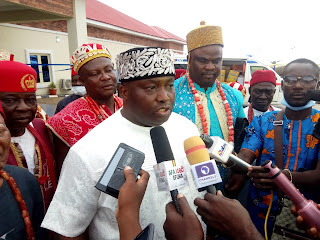 In his opening remarks, the Grand Patron of Anambra Progressives, Dr. Cletus Ibeto, (CON) stated that the group  embarked on the project about four months ago, because of the shock and health challenges, created by the coronavirus pandemic, which almost brought every activity around the world to a standstill. 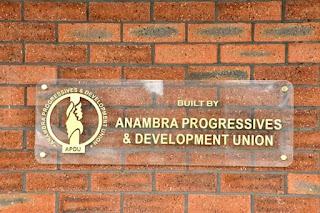 Dr Cletus Ibeto, however, commended Senator Dr Patrick Ifeanyi Ubah for convening the group and urged him to never to loose steam, as there is more work to do.

While interacting with newsmen, Senator Dr Patrick Ifeanyi Ubah thanked members of the group for their uncommon support and cooperation, which made it possible for the successful completion of the project.

Senator Dr Patrick Ifeanyi Ubah further revealed, that the center is one of the three health projects championed by the group. According to him, "two other ultramodern medical and isolation centers located in Nnamdi Azikiwe University, Awka (UNIZIK) and Nwafor Orizu College of Education, Nsugbe were approved and are being sponsored by the Progressives also. 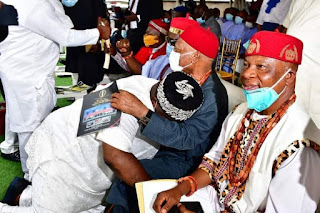 However, he said that "while the one in UNIZIK is near completion and will be commissioned and handed over to the University in few weeks, the construction of the one in Nsugbe which is located within a state-owned institution was brought to a halt due to non-cooperation of the state government". 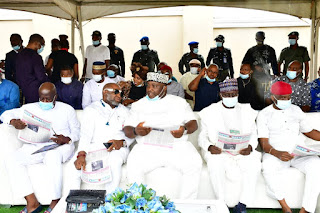 He therefore urged the state government to emulate the federal government by giving the needed cooperation to the group, so that Anambra North Senatorial District is not denied this monumental development. Senator Ubah also revealed that the group will soon embark on other economic projects and urged every well meaning citizens to join and support them to make it happen.

In his own reaction, the Nigerian Senate President Ahmed Lawan, represented by the Senator Ibrahim Oloriegbe, who is the Senate committee chairman on health, thanked the group and its convener, Senator Dr Patrick Ifeanyi Ubah for building such an edifice in a federal government establishment.

Senator Ibrahim Oloriegbe further assured Ndi Anambra that the national assembly will deploy every legislative instrument to ensure that the center is fully functional. 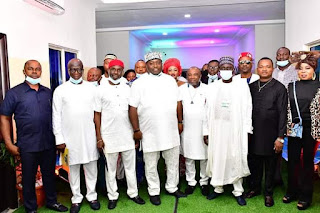 According to him, "by 2021, the center will be funded from national budget and we will ensure that the federal government comes to the rescue in putting in place other infrastructure needed for the permanent site to become functional"

He however, called on Anambra State Government led by Chief Willie Obiano to support the new medical and isolation center with good road network, which is the sole responsibility of the state government,as the federal government will ensure that the permanent site of NAUTH is made fully functional in no distance time.

In his own speech, the Minister of Health Dr. Osagie Ehanire,represented by the Chief Medical Director of University of Nigeria Teaching Hospital, Ituku-Ozalla, Dr. Obinna Onodugo commended the group for coming to the aide of the Nigerian health sector. The Nigerian Health Minister maintained that the center will remain a landmark achievement for the group, the hospital and Nigeria in general, because the health sector can only be properly developed through Public-Private Partnership. He maintained that the Federal Government cannot develop the health center alone and expressed appreciation for the support from private individuals that championed the project through to it's completion.

In his remarks, the Director-General of Nigeria Centre for Disease Control,  Dr. Chikwe Ihekwazu, who was ably represented by Dr. Everistus Aniakor  said that NCDC has done a lot in prevention and management of pandemics and other disease outbreaks in Nigeria. He further assured the hospital and its management that the center will always put in their technical support whenever it is being called upon,this he said, will be, to ensure the smooth running of the center.

The Traditional Ruler of Nnewi, His Royal Highness Igwe Dr Kenneth Orizu III, described the Progressives Grand Patron, Dr Cletus Ibeto and the group’s convener Senator Dr Patrick Ifeanyi Ubah as illustrious sons of Nnewi and prayed that  God should keep protecting and blessing them. He also commended the genuine efforts of the group and assured them, that Heaven will never forget their efforts towards humanity. 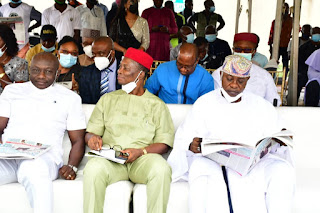 In his closing remarks, the Chief Medical Director of NAUTH, Prof Anthony Igwegbe commended the doggedness of Anambra Progressives in delivering a world class hospital in record time. He solicited the assistance of the Federal Government to ensure that they move to the permanent site soon.

He thanked immensely the Senator representing Anambra South Senatorial Zone, Senator Dr Patrick Ifeanyi Ubah for for zeal and passion in delivering a state of the art health facility to the teaching hospital in conjunction with Anambra Progressives, and urged him to continue to lobby his colleagues at the Senate for more, to ensure they move to the permanent site in no distance time.