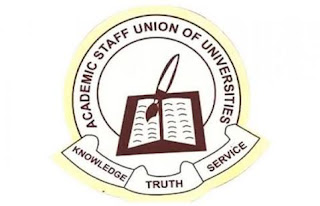 The Academic Staff Union of Universities, ASUU, Owerri zone, has urged the federal government to expedite action to deploy the University Transparency, Accountability Solution, UTAS, over the Integrated Payroll and Personnel Information System, IPPIS, to resolve the issue of irregularity of salary payments among university staff.

Speaking at the Michael Okpara University of Agriculture, Umudike, Abia state, the zonal coordinator, ASUU, Owerri Zone, Comr Uzo Onyebinama, explained that ASUU is unveiling the UTAS as a credible alternative to IPPIS, since IPPIS has failed to address major issues that border around personnel information and payroll system.

In his words; “IPPIS does not respect the nature, structure and character of the Nigerian University System. The IPPIS does not recognize agreements entered into between the government and university-based trade unions as well as does not ensure simultaneous payment of employees’ salaries and third party deductions such as Tax, pension, union dues, cooperative, bank loans, among others. The development of UTAS was a concrete attestation to the capacity of Nigerian scholars and researchers to respond to our developmental challenges when tasked to provide solutions. We express optimism that government would not renege on its promise because the benefits of UTAS to the university system both public and private cannot be found in any other software today. “

Onyebinama stated that about 4 to 7 months salaries of his members are being withheld because they rejected the IPPIS.

He said when the federal government first introduced the IPPIS in 2013- 2014, it was rejected because of its pitfalls. Onyebinama decried the government’s sudden imposition of the system on universities, such that if you do not deploy the IPPIS, your emoluments would be withheld.

The Zonal coordinator, however, disclosed that the UTAS, software built by ASUU and its researchers for the financial administration of the University’s FG’s staff monthly payroll and accounting processes, is now ready for the “Integrity tests” required of it by the government.

He also stated that apart from the prompt and accurate payment of salaries, the UTAS allows tracking of staff career progression, guarantees automation of staff and salary administration, permits data mining for intelligent analysis and guarantees national security and sovereignty.

On the outstanding issues of the February 2019 FGN-ASUU Memorandum of Action, MoA, which was yet to be addressed after the expiration of the agreed timelines, Onyebinama urged well-meaning Nigerians to prevail on the government to address all outstanding issues in the February 2019 MoA, live up to its promise to adopt UTAS and provide the needed revitalization fund for improved infrastructure for teaching, research and welfare of students.