USING THE INSTRUMENTALITY OF THE POWER OF "ISEEEE! 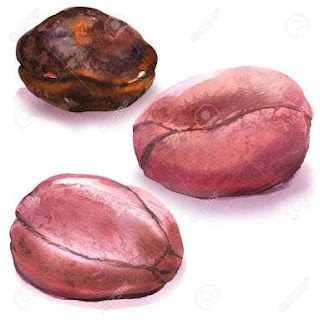 In Igbo cosmology, the word "Iseee" is a definite symbolic word as revealed through the Igbo language and culture.

In Igbo tradition, anytime a prayer is offered , the attendants who would want the fulfilment of the prayer by the ancestors will unanimously chorus and affirm the prayer by saying "Iseee"

During breaking of kolanuts , when the person breaking the kola mention the good wishes and expectations of the people from God, the people will unanimously affirm by chorusing "Iseeee!. During libation sacrament, after pouring libation and offering of prayers to the ancestors the people will also affirm by saying"Iseee!"  During breaking of kolanuts or libation sacrament, everyone points his fingers or 'Ofo' to the ground. This proves that the spontaneity of the unanimous drama is a clear indication that"Iseee" is associated with the soil which is represented in the mystic concept as the primordial god.

Number five(5) on its own has a great symbolic significance. For instance, if a kolanut is broken and it has five cotyledons, it is called 'Oji Omumu' meaning kola of procreation, multiplication, prosperity, good luck, stability and increase. It also signifies abundant harvest which means wealth in Igbo. Expectant parents and newly married couples are encouraged to always eat this type of kolanuts.

"Iseee"  is the language of the spirit, the language of the creator (Chi Okike) that indicates unanimous agreement and uncompromised affirmation. It is a spoken logos that propels effervescent  action and spontaneous intervention from the spiritual realm. It is a unity word of bond that signifies affirmation. When the people come together and make a declaration with a corresponding chorus of "Iseeee" it spikes up spontaneous action. In a society like ours, Where the people are aggrieved and disillusioned, when things begin to turn upside down, when the people are being maltreated by their leaders, when Justice are denied to the people, when the people are denied their due rights, entitlements and dividends of good leadership, when civil servants are denied their salaries, when pensioners are denied their pensions and gratuities and bullied whenever they made a legitimate demand of their rights, when those in the leadership saddle begin to behave as if they are indispensable like Nebuccadenezzer, the people  will resort to the use of the instrumentality of the power of the spoken logos of "Iseeee" . It provokes the ancestors.   Not every statement and prayers attract the corresponding affirmation of "Iseee" but only prayers of Justice under a high spiritual sobriety.  It is only the corresponding of  "Iseee" that will propel the ancestors into action. It is more obvious when it is demostrated dramatically  as the Igbos affirm prayers said in their midst.  When the people are wounded they knee down in prayer and supplication to the God and the ancestors with an affimatory declaration of "Iseeeeeeeeeeee!

It is high time we begin to unanimously join in the common affirmation of the spoken logos of "Iseeee". God in heaven will rise from his throne and answer our prayers, even the ancestors  will rise in action. Iseeeeeeeeeeee!