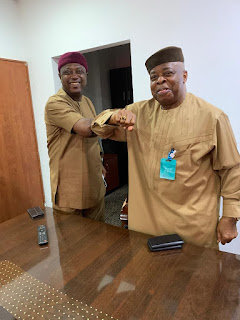 Despite the fact that there were results from other quarters claiming victory to the said election, which though they conducted at places unknown to the party in Imo state, the APC, National Caretaker Committee has since described there elections as a sham.

However, the recent visit of Hon. Frank Ibezim, to the former Senate President, H.E Senator Ken Nnamani, Prince Nlemigbo, the recognized state Chairman of APC and former Deputy Governor H.E Prince Eze Madumere and an APC stalwart,Hon Chidi Nwogu, has further proved that he has the endorsement of the party at the National and state level, which leaves no one in doubt where the pendulum will swing, as APC Imo state await the final list to be published by INEC.