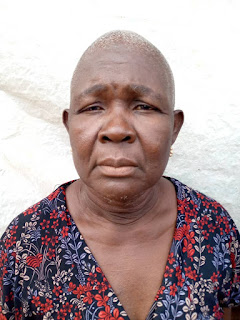 A 75-year-old woman, Mrs Nkiruka Ugochukwu, from Obosi, Idemili North Local Government Area of Anambra, has  claimed that operatives of Special Anti Robbery Squad, SARS in Awkuzu, Anambra State, killed her son after collecting collecting N500,000 from the family.
She told Nigerian Notch that operatives of SARS cut her son's life short, and maimed her entire family by murdering her son, Chimezie, who she said, was the family's breadwinner.
"Operatives of SARS in Awkuzu, murdered my 32-year-old son, about one weeks after coming back from his base in Angola. He was a successful businessman based in Angola. It happened that sometime in June, 2016, I fell sick, and was hospitalised. So, in July, he came back to Nigeria to see me, and to pay off my bills, and also see his wife that resided in Asaba, Delta State.
"My son, Chimezie's journey to the land of the unknown started in a certain Monday, in the month of July, 2016. On this fateful day, Chimezie and his wife, who was 8 months pregnant were together at their residence in Asaba. A certain person called him, and told him come to a certain place known as Summit Junction in Asaba. Chimezie's wife was not comfortable with that invitation. She discouraged her husband from moving out; but Chimezie told her the call might be for something very important.
"Her wife had to seize his car key; so, he had to board a tricycle to meet the caller. On getting there, he met some men who told him they were police operatives from 'A' Division, Asaba. They handcuffed him and took him to the police station. Reaching the police station, he contacted his brothers to notify them of his whereabouts. When his brothers got to the station, they were told that it was SARS operatives from Awkuzu that actually wanted him.
"Days after, the SARS operatives did not show up; so, the police at 'A' Div, Asaba, invited us to take him on bail. No sooner that we go to the 'A' Div than SARS operatives from Awkuzu arrived and took Chimezie away in our very presence. From that day, we started frequenting to Awkuzu SARS to secure the release of my son." 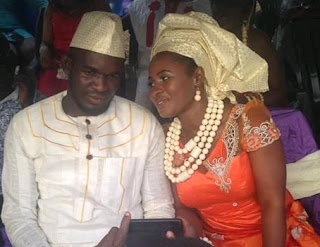 Mrs Ugochukwu noted that neither the 'A' Division in Asaba, nor SARS operatives in Awkuzu told her the offence Chimezie committed that led to his arrest and detention.
"My son was a successful businessman based in Angola. His wife was in Asaba looking after Chimezie's transportation business here in Nigeria. So, upon his return in July, 2016, he was arrested; but nobody told us his offence."
She said it was after 2 weeks of his stay at Awkuzu SARS that they told the family that Chimezie bought stolen vehicle. We begged them to tell us the basis for their allegation or show us the stolen vehicle he bought; they refused. I personally met the then commissioner of police in Anambra, Sam Okaula, over my son's case; but he could not help.
"After about 3 weeks in detention, and persistent pressure from our family, Chimezie's Investigation Police Officer, IPO, one Inspector Uzor, told us to pay the sum of eight hundred thousand naira (N800,000) as a condition for his release. We were able to raise the sum of five hundred thousand naira only (N500,000), which we handed over to Inspector Uzor. After receiving the money, he told us to go home, that Chimezie sustained bullet wound, and that medical doctor was treating the wound, after which we could take him.
"About 3 days later, they compelled Chimezie to call his wife to bring his ATM card to SARS office. SARS operatives in Awkuzu used the ATM to withdraw all the money in Chimezie's account. The next day, they compelled him again to call his wife to bring his sports utility vehicle. That was also how they took Chimezie's private vehicle. About 3 days later, again, they compelled him to call all his drivers to bring all his buses. They said that would be the final condition for his unconditional release. He did so, and his drivers were able to bring 16 L-300 buses to Awkuzu SARS office.
"After all these, we were of the hope that he would be released. As we awaited his release, we were shocked to receive a  letter from Awkuzu SARS that my son could not survive his bullet wound. In that letter, which was not signed by anybody, SARS claimed that they fought hard to help him survive; but that Chimezie could not make it," she said.
She also recounted that when the family later called Inspector Uzor, Chimezie 's IPO, on phone, he refused picking their calls, and when they went to SARS office to request for Chimezie's vehicles and monies they withdrew from his account, SARS operatives threatened them, and warned them never to set their feet in SARS office.
Mrs Ugochukwu, however, said she was still doubtful that her son was dead, as prayer houses she visited were still reassuring that her son, Chimezie, was not in the grave.
"I took Chimezie's pictures to many pastors and prayer houses, and they all assured me that they did not see Chimezie in the grave. So, I am still hopeful that one day, they would release him from where they detained or hid him," she said.
The aged mother, who said she was battling from high blood pressure and other age-related sickness, further begged the federal and state governments to prevail on Awkuzu SARS to release her son, his property and money; as, according to her, she and Chimezie's young family had no means of survival.
PICTURES:
1. 'Late Chimezie' and his wife
2. Chimezie's mother, Mrs Nkiruka Izuchukwu
Email Post