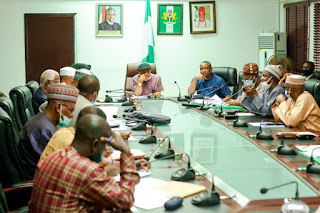 The hopes raised by the renewed discussions by the FG and ASSU over the strike embarked upon by ASSU to press for better working conditions has hit the rocks. The  Academic Staff Union of Universities (ASUU) strike will continue after a meeting between the  group and FG ended in another stalemate.

The closed-door meeting which was held on Wednesday at the conference room of the Ministry of Labour and Employment in Abuja lasted for five hours, could not resolve the pressing demands of the group.

In his opening remarks, the Minister, Chris Ngige said the Federal Government sees the meeting as a top priority as concerted efforts were being made to ensure that Universities reopen as soon as possible.

The ASUU delegation led by its chairman, Professor Biodun Ogunyemi however, insisted that lecturers will not register on the Government Integrated Payroll and Personnel Information System (IPPIS), but would prefer the platform of the University Transparency and Accountability Solution when it is established. While details of the meeting appear vague there appears to be no conclusive agreement as both parties refused to speak to the press.

Earlier in the month, Dr. Chris Ngige, said that Government had pledged to pay the sum of N40 billion with N30 billion to be paid on or before 6th November, while the remaining N10 billion would be spread equally over two tranches to be paid on May 2021 and February 2022. ASUU had on March 23, proceeded on an indefinite strike over the non-payment of salaries of their members who refused to enroll in the federal government’s IPPIS payroll software mandated for all public officials.