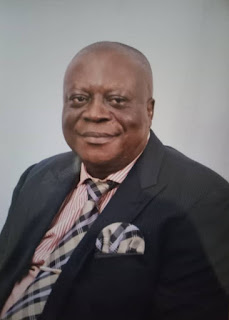 Akagburuonye who is popularly known as Akara Ugo na Mbaise ancient clan achieved  this feat in a well attended political leaders meeting he hosted recently in his Secretariat at Ogbor  Uvuru in Oke Bloc of Abor Mbaise local government area  in which in attendance were Hon. Iheukwumere Alaribe, one time Imo state Commissioner for Housing and Urban Development, Mr. Emma Njoku, the Interim Management Committee (IMC) Chairman of Abor Mbaise, all present and former elected or appointed political leaders, all former and present political leaders, chieftains and supporters of  APC in the 5 wards of that political bloc.

He said that the meeting resolved on the need to recognise and appreciate all those  party chairmen who worked for the party during and after the last general elections .

The party chieftain also disclosed that the meeting directed all those who were in Camp Hope campaign political structure but are now chairman and councillors of the local government area to carry along all the members of the party whether AA,Camp Hope, Coalition etc so as to avoid division and discrimination among them.

Akagburuonye further advised the people on the need for them to be Ambassadors of peace and progress as a strategic means of attracting developments and brotherly love within the area.

He equally appealed to the people on the need for them to support the visionary and purposeful governance of  Distinguished Senator Hope Uzodimma noting that the Governor honestly means well to the state.

According to him " United we stand but divided we fall. It's important for people to recognize and appreciate that power belongs to God and He gives it to whoever that pleases Him.

At a time like this, it pleases Him to give it to Senator Hope Uzodimma, Onwa Oyoko, to rule Imo State.The prize of indifferent is one being ruled by inferiors. If you don't recognize somebody as a leader, the punishment is that you remain under that person's mandate as far as the person continues to be in charge, it's a punishment to you" he emphatically stated.

Nwanedo further applauded High Chief Akagburuonye for his agelong philanthropic gestures and sacrifices of instituting peace and unity of purpose in Mbaise , Imo State and Nigeria in general.

He passionately advised all the sons and daughters of Oke Ovoro to ally with him in his patriotic vision of unifying and moving the area forward.