Hon Charles Nwonye Calls For Synergy & Continuity In Uruagu ...... Says Uruagu Is Not For Sale 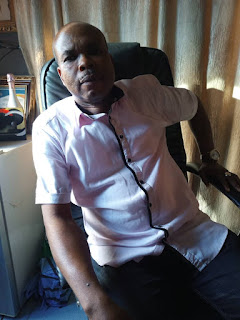 He made this call while interacting with newsmen at his office recently. Hon. Charles Nwonye emphasized that  he is interested in contesting for the plump job in Uruagu community, which he has managed for over 4 years now and to God be the glory that he has performed beyond people's expectations in bringing about the needed developmental change in the community

He however stressed that Uruagu Nnewi community is not for  sales and therefore called on those whose interest is self to think twice. He said his efforts in community development is overwhelming which has attracted the state government and he is happy that the road that links Nnewi and Oraifite is getting the required attention all thanks to the efforts of his administration. He said that on security, his administration has secured Uruagu which the state government has given the community 90% pass mark.

Hon. Charles Nwonye emphasized that his administration has done so much in human management which made it possible for peace to return back to the community, as there has been peace in his community because of his proactive measures towards combating restiveness in the community.

On the upcoming election in his community, Hon. Charles Nwonye called on the youths and elders in his community to support his bid to ensure that the projects he has started is completed because he has the master plan. He went on to re emphasize that Uruagu Nnewi community is not for sale as those coming to contest with him are only after what they stand to gain in the community and not the work they intend to do for the community.

He therefore called on the indigenes of Uruagu Nnewi community to shine there eyes and know whom to vote for in the upcoming election which is by the corner, as he is upbeat about completing the good works he has started in the community, he concluded.