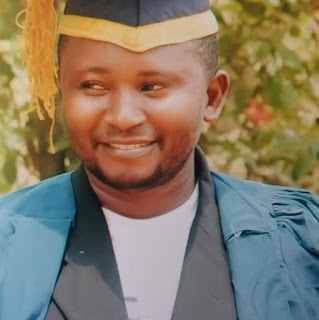 African leaders have been called upon to begin to respect the fundamental rights of their citizens to halt the increasing human rights abuses by leaders in the continent.

In the same vein rights activists have been challenged to rise up to the ocassion of rights abuses in the continent so as to build a society where rule of law and constitutional democracy truely obtains.

Dede Uzor lamented that activists have slacked back in pursuit of people's fundamental rights because there is no more funding from abroad.

"But people should understand activism . Most times  money is involved in our activities. Infact,  everything in activism  lies on funding. Without funding it is difficult to carry out any serious programme.

Here nobody provides funding for you. We raise money to execute our own programme. It is not easy but money should not deter us in engaging our leaders especially autocratic ones as we have in Nigeria now" said HURIDE boss.

Speaking on the theme of this year's celebration "RECOVER BETTER, STAND  UP FOR HUMAN RIGHTS", the HURIDE boss said this shows that we can stand up in our situations, where relevant government officials and agencies are not doing well.

He accused  leaders of depriving the people their  basic rights  by failing to provide basic infrastructures, lamenting that "the present Government has been in forefront in depriving the people their basic rights and infrastructures such as good water, road network, efficient power supply, adequate security, food, education, employment, freedom  of speech and movement".

He said " that is why there is need for people to defend their rights through agitation and consistent engagement since government has refused the expression of citizens' rights through peaceful assembly and protest".

Dede Uzor said for them in HURIDE they have not only engaged the government and its agencies  through advocacy but also rescued some less privileged children  like one recently  sold by the father as well as supporting widows.

He said that they also engaged security operatives who violate the citizens's rights  among others.