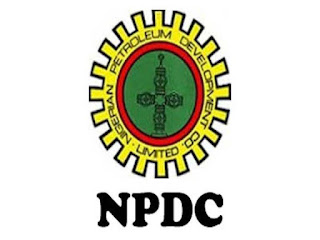 Justice A. Faji dismissed Atlantic Energy’s application to set aside the Arbitral Award of March 5, 2020. He upheld the submissions of NPDC lead counsel Prof Fabian Ajogwu SAN and granted orders recognising the $1.7bn Arbitral Award as well as for leave to enforce same as a judgment of the Federal High Court. The landmark decision upholds one of the single largest Awards ever in a Nigerian Arbitration. Sometime in August 2015, Atlantic Energy, through its lawyer, T. Fagbohunlu SAN, took the NNPC to arbitration for alleged breach of contract. NPDC in response, filed a counter-claim for funds due to the Federal Government on account of crude oil sales from the Oil Mining Leases (OMLS) 26, 30, 34, 42, 60, 61, 62 and 63 (known as ‘Brass and Forcados assets’) without payment of remittances due. NPDC also sought the recovery of unpaid net approved cash calls in respect of the OMLs.

On March 5, 2019, the Arbitral Tribunal in agreeing with Ajogwu’s arguments, delivered a landmark Arbitral Award of $1.7bn in the NPDC’s favour. It ordered Atlantic Energy pay the $1.7bn to NPDC as the value of the 55 per cent crude oil portion of the Federal Government taken and sold by Atlantic but not remitted to NNPC. Atlantic Energy (Award debtors) sought an Order of Court to set aside the arbitral award delivered in favour of NPDC because the Arbitral Tribunal allegedly misconducted itself by wrongfully assuming jurisdiction over NPDC’s Counter-Claim, and dismissing their preliminary objection to the said Counter-Claim. NPDC, at the same time, sought for an Order of Court to recognise and enforce the arbitral award. In upholding Ajogwu’s submissions, Justice A. Faji of the Federal High Court held that NPDC’s Counter-Claim in the Arbitration was distinct in all material respects from the suit referred to by the Award Debtors. According to the Judge, as rightly argued by Ajogwu, whilst the claim in suit 701 touched on criminal conversion/ diversion of revenue due to the Federation, the counter-claim to the Arbitration bordered on breach of the Strategic Alliance Agreement between NPDC and the Award Debtors. Accordingly, the Court dismissed the Award Debtors’ application to set aside the Arbitral Award. This landmark decision settled the question of the impact of non-payment of signature fees on lifted crude oil as well as the principles of Unjust Enrichment in Crude oil lifting and recovery. Furthermore, the significance of this Arbitration to Nigeria, which depends mostly on Crude oil for revenue generation and economic development is enormous for the Nigerian economy, which is heavily dependent on crude oil revenues.