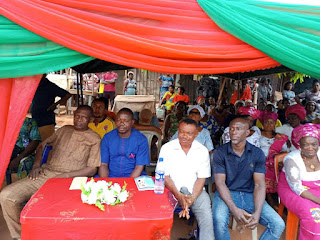 ....Doles Alms To The Less Privileged

In line with its yearly doctrine of organizing an end of year prayer meeting, for traders in Agboedo United market nnewi, a tradition that is over 20 years now.

The Hon. Joe Enuma's administration in keeping faith with the tradition of the market extended a hand of fellowship to the less privileged, especially the physically challenged who came from all walks of life to be part of the event. 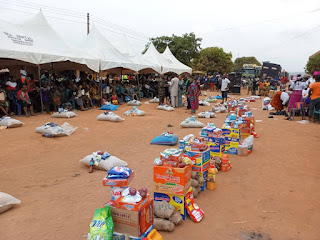 While interacting with newsmen, Hon. Joe Enuma stated that the prayer summit was organized to thank God for his love and compassion to them in the market. He restated the fact that the prayer summit is an annual event spanning over 20 years, and they instituted the aspect of giving alms to the less privileged as a way of also thanking God for making it possible for them to trade without hitches.

He thanked the government of Chief Willie Obiano for creating an enabling environment for businesses to thrive in the state and called on well meaning individuals and groups in the state to support the efforts of the government towards making Anambra a better place. 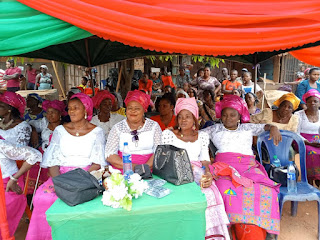 The highpoint of the prayer summit, was the prayer retreat, feeding of the less privileged and alms giving to them. The gifts came in form of rice, beans, soap, detergent, salt, vegetable oil and many more, which came from the traders who donated individually and collectively from there various zones in the market.