GROUP INSISTS THERE IS NO VACANCY IN IMO GOVERMENT HOUSE 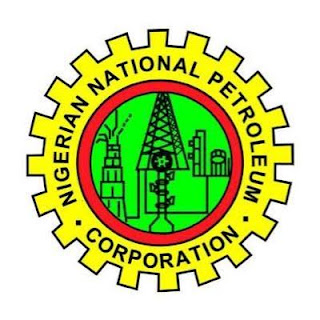 A group known as Forum for Democracy Advocates has insisted that there is no vacancy in Imo Goverment House. The group in it's press release made avaliable to newsmen reads thus "We have observed with dismay the deliberate misinformation going on all over the social media space regarding  the appointment of Sen. Ifeanyi Ararume as the proposed  board Chairman of the yet to be incorporated "NNPC Ltd" as a plot contrived by his sponsors to enable him loot money from the NNPC coffers and contest the governorship election in Imo State come 2024.

The release by the group went further to state that "We wish to let members of the public generally and Imolites in particular  to know that there will be no vacancy in the  APC gubernatorial ticket in the next Governorship election in Imo State.

They said that the superlative achievements of Governor Uzodimma as  Governor of Imo state in less than 2 years, and the quantum of projects attracted from the Federal Government, and  International Agencies has made the APC Government in Imo State the

toast of most people not only in Imo state but in the entire South East.

which NNPC Ltd is one of them in line with the provisions of Petroleum Industry Act 2021."

The group however stressed that It therefore amusing that some people are peddling the propaganda that the Chairman of a public Limited liability company will hijack the resources of the company.

The maintained that In the light of the present Goverment pursuit of  anti corruption mantra of President Muhammad Buhari, it'll be unthinkable for anybody to be planning to loot any of the sectors of NNPC in order to fund an unpopular contest of  election.

They went on to caution  evil geniuses not to put anybody into the  temptation of trying to do what is unthinkable and regrettable in the name of politics.

They release further stressed that "We are aware of the schemings of a Rivers State born politician who has on account of his touted Presidential ambition is recruiting an army of unpopular South Eastern politicians with his capacity to smuggle names into proposed federal appointments as bait.

They however thanked His Excellency Gov Hope Uzodimma for the recent successful hosting of   President Buhari, despite efforts by domestic enemies of Imo people and their failed political  godfathers to scuttle it.

They concluded by applauding the successes recorded in different Economic sectors and the  infrastructural development in Imo State for which H.E Distinguished Senator Hope Uzodinma Governor of Imo State received  Presidential commendation during the visit.