The honorable commissioner of Agriculture in Anambra state, Hon Afam Mbanefo, has commended Nnewi Butchers Association, led by Chief Amobi Nnoruka for the giant strides they have made in Nnewi, to ensure that meat processing is healthy, and fit for human consumption. He made this assertion recently during a tour of abattoirs in Anambra state, which coincided with world food day; a day set aside to celebrate the creation of Food and Agriculture Organization of the United Nations (FAO) on October 16, 1945 in Quebec, Canada. First established in 1979, World Food Day has since then been observed in almost every country by millions of people.
In his interaction with members of Nnewi Butchers association in their office complex, he thanked them for their efforts at making sure that Anambrians consume good meat, and said that in line with the state governor's directive on the issue of meat processing in the state, his ministry is taking action to see that quacks who have no business dealing with meat are removed from the system.
Hon Mbanefo promised to take their plea to the state government and see how some of them can be met, as there is need for partnership with the association and the state government, to better serve the people of Anambra state and neighboring states. He said that he has talked with Nnewi local government administrator on the way forward, towards ensuring that a water borehole is installed to help with their water needs at the abattoir.
In his vote of thanks, the chairman of Nnewi Butchers association, Chief Amobi Nnoruka, thanked Hon. Afam Mbanefo for coming to see things for himself. He thanked Hon. Afam Mbanefo and the state government, for the efforts; the government is making to develop Anambra state, and urged them to help address the issue of how meat is slaughtered and enact necessary laws that will back up sanctions for defaulters. He sought for the assistance of Anambra state government to help them sink a borehole at the abattoir which will help keep the place clean and healthy for the slaughter of animals. He also called on the commissioner to help the association address the issue of unlicenced butchers, who slaughter cow in unauthorized premises and sale in various markets, displaying them on dirty floors without tables, the provision of portable water in the abattoir, building of toilet facilities in the slaughter house, as their old toilet was destroyed by Nnewi North L.G.A for relocation of shops. He also called on the state government to look into the area of rehabilitating of their access road, so that their customers can access the abattoir easily.
Chief Noruka promised that the association will always abide by the laws, and as well pay their fees and levies, which they have continually did in the past, to the local government, without much to show for in the structures on ground at the abattoir, which is very painful and disheartening to the butchers in the area, he concluded. 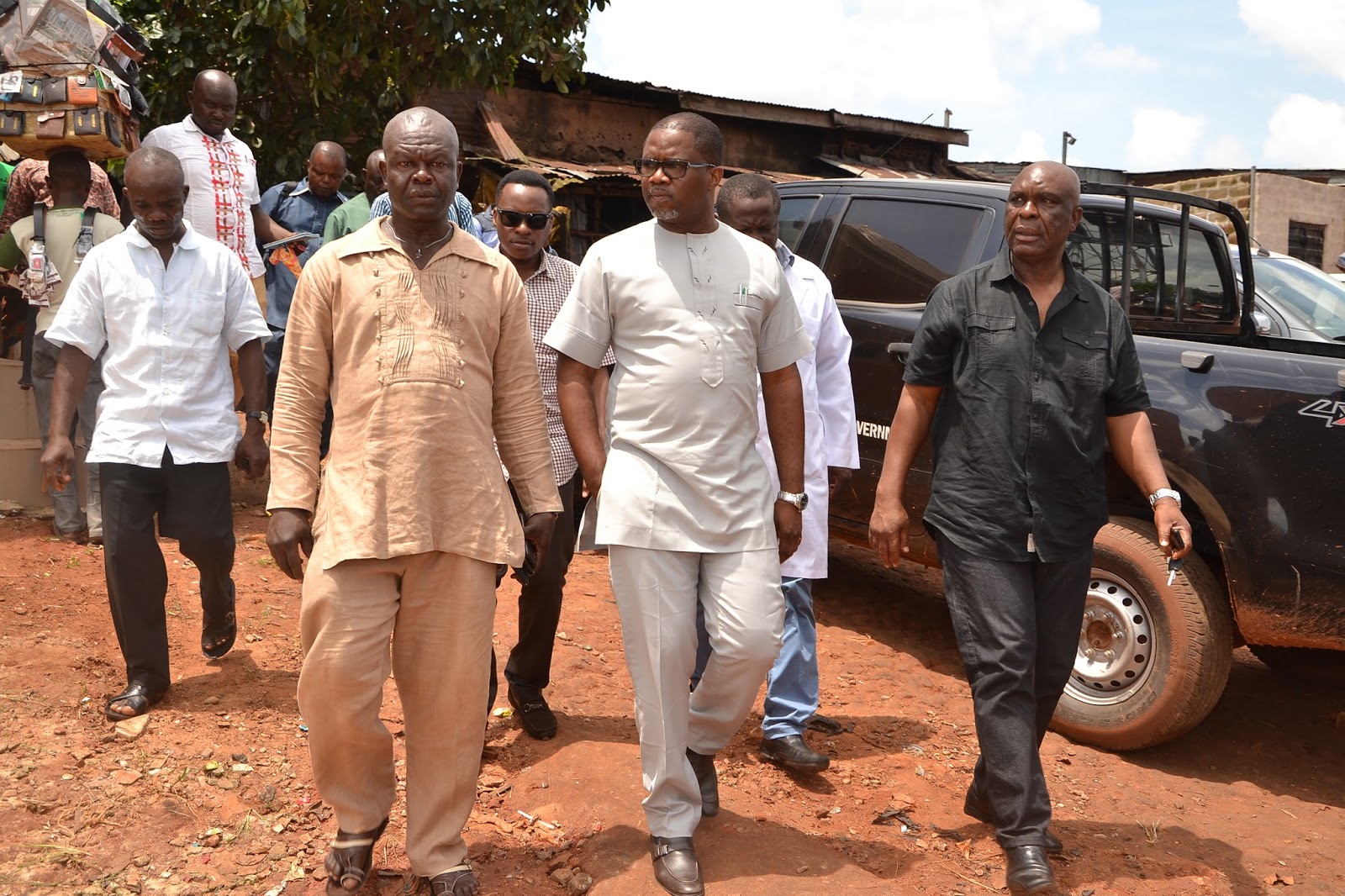