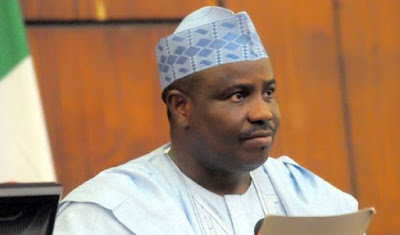 In the face of criticisms and calls for slashing of its funds, the governor of Sokoto State, Aminu Tambuwal has called for more funding for the National Assembly to enable it perform its duties.
Tambuwal disclosed this on Monday while delivering a lecture at the Second Convocation and Awards Ceremony of the National Institute of Legislative and Democratic Studies (NILDS) in collaboration with the University of Benin.
The former Speaker of the House of Representatives said, that even though it is an unpopular argument, that so long as Nigeria operates a presidential system of government, the funding of the National Assembly remained meager, considering what is obtainable
in other climes.
Giving insights on how to boost the institutional capacity of the National Assembly, the Sokoto Governor stressed that for the committees of NASS to work effectively, more money must be allocated.
“The constitutional responsibilities of the National Assembly are enormous, especially in the areas of law making and oversight. Adequate financial resources are required for the Assembly to be able to discharge these responsibilities effectively in line with public expectations.
“A study by NILDS observed funding gaps in critical areas of committee activities including meetings, implementation of oversight visits and activities, holding interactive sessions and conducting public and investigative.
“Am sure this may not go down well with a large percentage of the populace but we cannot run away from the fact that the National Assembly requires more funding,” he said.
He said that the issue of funding and procurement of vehicles was strongly argued when President Yar’Adua began the moneytisation policy and wanted to deprive the National Assembly of project vehicles.
Email Post