THE MAKING OF A GOVERNOR (1)

The forthcoming 2019 general Elections in Imo state will be historical, as it will be the greatest test of our collective judgement as Ndi Imo, and posterity will not forgive us, if we make the same mistake we made in 2011, which was born out of sentiment rather than conscience and due diligence.

Ndi Imo presently, have learnt their lessons in a very bitter way occasioned by the misrule and impunity of the present government, in the state which has made governance a caricature of the highest order, and a sore point for students of history and philosophy.

Presently, there is hunger in the land, lack of enabling environment for job creation by the private sector, poor infrastructure and lack of sustainable development in Imo, all because of our lack of strong political participation.

Imo, is in need of a fresh start, and a clear departure from the old ways of doing things. Imo needs to be rebooted as the state has been hibernating in the last seven and half years.

Dr.Nath Chukwudi Uba, presents a new horizon to a fresh start, and, new ways of doing things in Imo.
Dr Uba, a US based banker is contesting the governorship of Imo, under the platform of People's Redemption Party (PRP). He is a native of Ezeoke- Nsu in Ehime Mbano Local Government Area of Imo State, born on May 29, 1968.

As an entrepreneur, industrialist, administrator, philanthropist and a business developer per excellence, Ndi Imo should be rest assured that he will play the ball by tackling the barrage of problems facing Imo and it's citizens who have been pauperized by this present government while feeding fat from the commonwealth of the people, and will not play the man, for equity and justice to thrive in the land.

Coming from a rich background of educational and administrative excellence which can be verified, Dr.Nath Chukwudi Uba, graduated with a B.sc in Business Adminstration from the University of Lagos, acquired an OND in accounting at YABATECH, got a Masters Degree in Family Counseling, from (Julian King University, Houston, Texas), became an associate Nurse, from Ideal Professional Institute Of Nursing, Miami, Bishop Warden, Anglican Communion, U.S.A

He also attained  the executive position of Chairman, Peoples Club of Nigeria, U.S.A.
He was the former assistant financial Secretary, Key Club International USA and is also a
developer Of health care systems.

Uba's vision on infrastructural development, provision of low cost and qualitative education, effective health care system, agricultural industrialization, affordable housing and massive rural development, is based on his conviction to serve the people of Imo state.

In today's Imo, he stands a better chance of providing useful work for all, which is lacking in the state, and a major problem in Imo, through modern science and productive industry.

Ndi Imo, desire high and sustainable standard of living, security for all, a proactive administrator who will save resources against the days of lack, an educational system that will give every Imo child a chance to develop the best that is within them and many more.

His emphasis on building bridges across the State and curbing erosion menace ravaging the landscape of Imo is a cursor to his love for his people.

It is very easy for political parties and their candidates to promise heaven on earth but another is to fulfill it. The test of a political programme or policy is to subject it to empirical test.
Its easy to set out a list of aims, especially in politics but, what matters is, if its backed up by a genuine workmanlike plan conceived without regard to sectional vested interests and carried through, by a people oriented programme.

Dr Uba has the capacity to deliver and that is his watch word, which is to bring Imo, out from the doldrums of poverty, stagnation, industrial backwardness and economic stagnation. 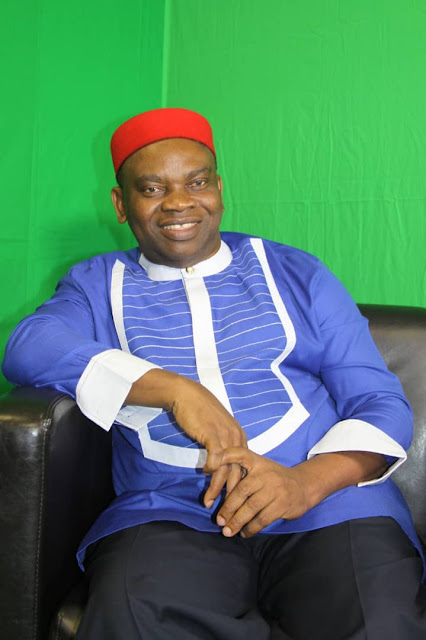