The crises ravaging the All Progressives Congress, APC, across some states appear to be eating into President Muhammadu Buhari’s 2019 re-election campaign.

Party sources told Saturday Vanguard that a cabal has hijacked the campaign and there is an intense plot to relegate National Working Committee, NWC, members in the scheme of things.

The plot, piloted by what a senior party official referred to as “presidency hawks” would see the party leadership attending campaigns like guests without strong inputs into the planning and organization.

Indeed, it was gathered that some governors, who are at daggers drawn with the APC hierarchy over the recent primaries in which some of their loyalists lost out, want to teach the party leadership a lesson. How? They can only contribute funds to President Buhari’s campaign if the funds would not be controlled by the APC leadership.

President Buhari had months ago named Transport Minister, Rotimi Amaechi as Director General of his Presidential Campaign Council, with Festus Keyamo, SAN, as campaign spokesman. Since then, a full campaign structure had neither been named by the party nor the presidency.

While some presidency officials had attributed the delay in constituting a campaign council to paucity of funds, it was gathered that some members, who worked in the 2015 campaigns when contacted to serve on the council were not keen on taking up the job.

“Many of those, who actually worked during the campaigns were sidelined. Some people were the eggheads but others took the rewards because of their closeness to Mr President. So, some of those who were practically left in the lurch are not enthusiastic about taking up new tasks because of past experiences. In fact, even those of them who were contacted to be part of some of the various reconciliation committees in the party turned down the offer”, a party official told Saturday Vanguard.

The development is in spite of President Buhari’s promise, last week, to reward those who will work for his re-election.

About two years ago, Wife of the President, Hajia Aisha Buhari complained about the hijacking of the presidency by a cabal and the neglect of those who worked for Buhari’s election in 2015 and threatened that she might not campaign for Buhari in 2019 unless the anomaly was addressed.

Now, the APC top shot added that the party leadership is not leading the 2019 campaigns because certain forces close to the president have hijacked the process.

“One would have thought that with the pedigree of our National Chairman (Adams Oshiomhole) that some of these forces would give him a freehand to organize things, but that is not the case. Except if the chairman has information on the role we are expected to play, I can tell you that many of us do not exactly know much about the campaigns. The party has only recently been able to convince the presidency on the need to at least kick-start the campaigns before the end of this year and that is why we might be going to Akwa Ibom soon for what might pass for the formal launch of our campaigns.”

The source added that some of the president’s handlers have designed a template that would see the APC presidential campaigns lasting for only five weeks.

Speaking further, he said: “It is not about the capacity of the party leadership to drive the campaigns. I think some people just want to prove to the president that they can do it alone or perhaps some people want to be in control of campaign funds because there is nothing strategic about delaying the campaigns or not naming a campaign council less than two months to the elections.”

No one can hijack our campaigns — APC

However, in his reaction, National Publicity Secretary of the party, Mallam Lanre Issa-Onilu said no one can hijack the party’s campaigns.

“Hijacked by who? If they hijacked it, to do what?  Can they campaign without the president? Can they campaign without the party? We are all working together and there is no issue. Very shortly, the campaign council will be announced and campaigns will start. Election is February 16 and I keep telling people that campaigns are not all about rallies. There are several platforms of engagement with the voters. Many other aspects are ongoing. Our activities are ongoing. Yesterday, the president  commissioned the international wing of the Nnamdi Azikiwe airport. That is campaign to show that the same country that was not working is now working. That is what Nigerians are going to vote for in February.

Nigerians are travelling this season, they will see activities going on on the roads. The roads that were not free for several hours, they are now going to be spending fewer hours. That is part of campaign. It is for people to go and see improvements and see possibilities and see that their country is now working. 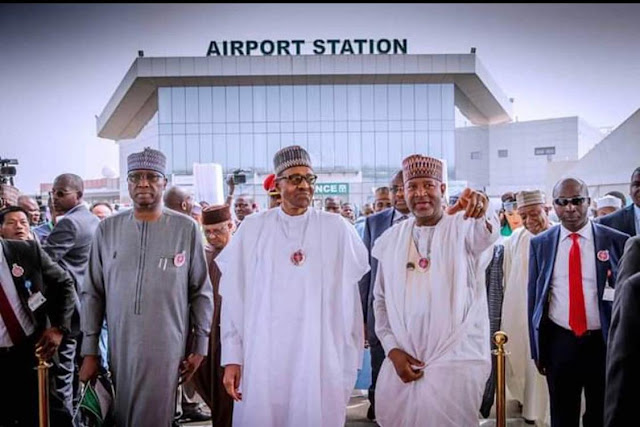