In its usual manner for the past 6 years, Jesus Abandoned Charity Organization, Oraifete, ably led by Rev Fr Anthony  Ananwa yesterday showered the physically challenged in society with gifts, in the spirit of Christmas. It was however a mecca of sort as the charity organization based in Oraifete, Ekwusigo Local Government Area of Anambra State, gave out wheel chairs, clutches, walking frames,clothes and food items to physically challenged persons in Anambra.

The event,which was held at the Home of the organization which also houses inmates who are physically challenged, was preceded by a Holy Mass presided over by, Rev. Fr. Anthony Ananwa, founder of the charity home.

In his homily, Fr. Ananwa thanked God for giving him the vision, grace and opportunity to embark on such charity work, which he described as enormous.

He stressed that he called the physically challenged to come and celebrate with them,so as to make them understand that they are not abandoned and forgotten.
"We, are here to wipe their tears, console them and give them hope", he further opined.

He thanked some organisations and public spirited individuals, who have continued to support the charity organization, through money and material donations; even as he solicited for more support to help the Home procure a bus to enhance its mobility; saying that both the charity home and the primary/secondary schools owned by the organization has no vehicle.
Those that benefited from the gifts included the old, the tramp, the deaf, dumb, the blind, the crippled, the widows and the poorest of the poor in society.

One of the beneficiaries, Mrs Onyedika Chikodili, who received a wheel chair, rice and  some toiletries, commended the Home for its work of charity; and also thanked God Almighty, who put such vision and spirit inside Fr. Ananwa. 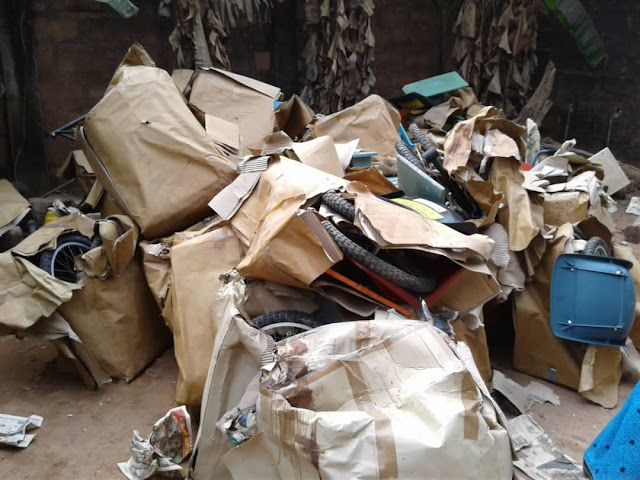