I Have Issues With Nigeria Police, Buhari Opens Up

President Muhammadu Buhari has said the Police are supposed to be at the forefront in fighting crimes in the country, not the army.
Buhari also noted that even though the idea of state Police is great, he does not buy it.
He told Arise TV that “It may be more efficient, which was why I congratulated the governor of Lagos State (Akinwunmi Ambode) when he started the Lagos State Neighbourhood Corps. It’s a good initiative.”
According to Buhari, “Lagos State is richer than the Federal Government. How many states are there that can pay salaries and you now ask them to go and form state Police?
“And, do you know what can happen if you can’t feed the Police? Do you just give him uniform and a gun but can’t pay him salaries for six months?
“It’s going to be a problem and I don’t want to be a part of it.”
Also, he said: “I have a problem with the Police and I told them that, from my training and experience, the Police are supposed to be in the front line.
“Now, Nigerians are seeing soldiers on the streets. This is not good for the Police and I told them this some Nigerians. 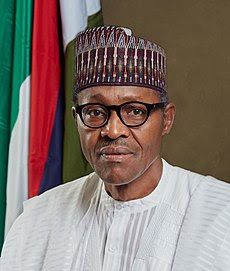