Following intelligence report,Police  operatives attached to Federal Special Anti robbery Squad (FSARS) Akwuzu have arrested a syndicate at Ire village, Ogidi in Idemili North LGA of Anambra State,
On 12/1/2019 at about 4am.

It was gathered that the suspects had on the 11/1/2019 allegedly robbed and killed one Ifeanyi Nwanga in ifite dunu at about 4:30 pm with a gun.
The suspects are Chimezie Aronu 'm' aged 22 years,
Uchenna Obiora 'm' aged 18 years and, Chibuike Omankwu 'm' aged 20 years.

They however  confessed to the crime and also led the Police to the place where they hide the weapon used in perpetrating the dastardly act.

Exhibit recovered from the suspects include one cut to size single barrel gun and one cartridge.

The case is presently under investigation after which suspects would be charged to Court for prosecution. 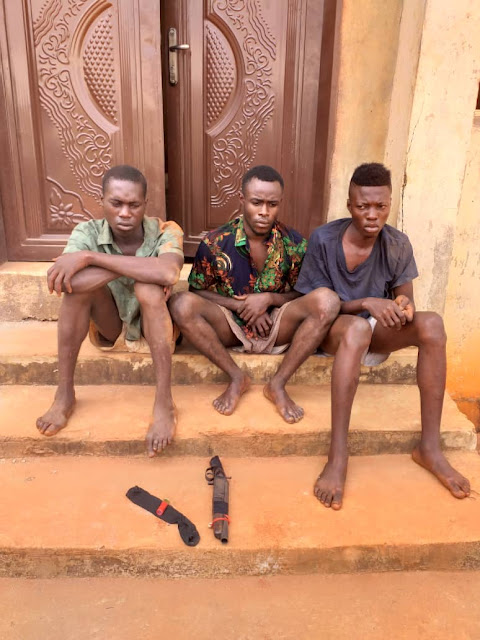