In keeping to his promise to engage in issue-based campaigns for the 2019 governorship election, His Excellency Dr. Ikedi Ohakim, the immediate past Governor of Imo State and 2019 governorship candidate of Accord, will on Thursday, 10th January, 2019,  kick off his governorship campaign with a town hall meeting.

Ohakim is saddened at the high mortality rate of about 39% and the dearth of healthcare facilities and services in the state as a result of deliberate actions and inactions of the present government since 2011. He is also saddened that the 19 general hospitals and 46 healthcare centers where all sold and the buyers stripped the assets while the 36 medical consultants and medical doctors were sacked.

He lamented that the high mortality rate in the state has also led to funeral enterprise being the most lucrative business in the state. This is evidenced by the mushrooming of mortuaries, from 18 when Ohakim was Governor to over 180 now, and ambulance services in the state.

Imo people may recall that Dr. Ikedi Ohakim had through his Health for All policy during his first tenure provided free medicare for pregnant women, mothers, infants and the aged. He had also rehabilitated the primary healthcare centers in the 27 local governments, fenced the the 46 primary healthcare centers and provided gates with resident security men. He had also provided boreholes in all the hospitals, drugs, 27 ambulances, 46 pieces of 40KVA sound-proof generators; recruited 27 resident medical doctors and 36 medical consultants, built staff quarters, maternity wards, ambulance bays and placenta pits, etc. It was such a fantastic health policy that with a phone call an ambulance would evacuate a patient to the nearest medical facility in time of emergency.

HIV/AIDS and other deadly diseases were also vehemently tackled as the Ikedi Ohakim administration provided diagnostic centers and free drugs to HIV/AIDS patients. He also systematically fought stigmatization and discrimination against people suffering from HIV/AIDS. These deliberate government actions in turn reduced the mortality rate in the state to about 15%.

Ohakim therefore invites all stakeholders in the health sector and the general public to the epoch making event, the unveiling if his comprehensive healthcare policy.

He assures that with his comprehensive healthcare policy he will reduce the mortality rate in the state by 60%, so that Imo people will live longer life. Ohakim noted that government is about the people and not brick and mortar, adding that any government that does not factor in the  human person is not a good government. 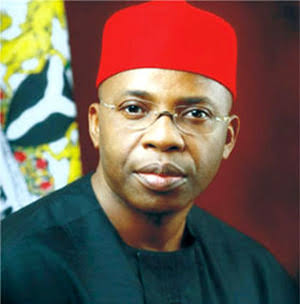