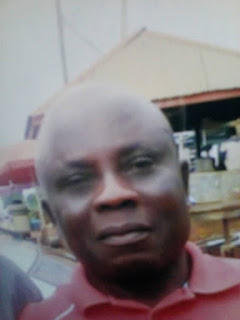 The National President of Motorcycle Transport Union of Nigeria, Chief John Onedibe has commended the efforts of Chief Willie Obiano the governor of Anambra state, whom he described as a pillar in the security of lives and property in the state.

He made this known yesterday at his country home in Nnewi, while granting interview with newsmen.

He said, governor Obiano over the years have shown that security of lives and property is Paramount to the growth and development of any community. He thanked the governor for ceding to their demand of allowing the Union to collect IGR for the state government a situation which has brought lasting peace in the Union, as members are happy, that the harassment they witnessed in the past in the hands of agents is history.

He stressed that Motorcycle operators are a key engine to the growth and development of any government as they constitute the masses at the grassroots.

He however, called on the governor to look into the demand of allowing the union to form an outfit charged with the responsibility of fishing out hoodlums who infiltrate them in disguise as members but are hoodlums.

He said that in many instances that these hoodlums have being caught and exposed, and are not their members. He stressed that no member of the union will dare to steal or take what does not belong to them as they pass strict induction process before they are admitted into the union and would not want to mess it up for any reason.

He therefore called on the government to allow them form a vigilance service for members of the union so as to stop bads egg, who are seen most times as their members, but who are not.

He thanked the current commissioner of transport Hon. Uche Okafor, whom he described as a man who knows what he is doing and asked him to keep up with the good work, which he said has helped in bringing back sanity in the sector.

He however stressed that the youths should be allowed to man government positions for the well-being of the massed, because the time to access their potentials is now.

He also commended the efforts of Hon Nonso Okafor, the member representing Nnewi North LGA at Anambra state house of assembly for his good start, with motions on erosion sites in the LGA, which has positioned him as a legislator per excellence.

He tasked other legislators at the Green and Red Chamber not to forget the many challenges facing the people of Anambra and the need to look into it.

He therefore called on members of the Union to obey the laws as laid down by the government in Anambra, stressing that they are partners in progress for the overall development of the state.
Email Post