Why we donated vehicles to Cameroonian vigilante members — Borno govt 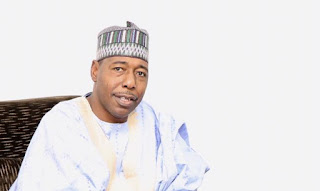 The Borno State Government said it had donated patrol vehicles to members of Cameroonian vigilante to enhance the fight against insurgents in border communities of the state. Mr Isa Gusau, the Special Adviser on Public Relation and Media Strategy to Gov. Babagana Zulum, made the disclosure in a statement on Monday in Maiduguri. Also read: Nigerian army relocates units to Epe to enhance military presence Gusau dismissed reports indicating that the vehicles donated by the state government to 150 members of the Cameroonian vigilante violated Nigeria’s sovereignty and military protocols.

He explained that representatives of the government presented vehicles to the Cameroonian vigilante in concert with the Headquarters, 5 Brigade Nigerian Army Cell of the Multi-National Joint Task Force (MNJTF), Damasak, Mobbar Local Government Area of the state. Gusau noted that Zulum was a member of the Lake Chad Basin Governors’ Forum established with the support of the Federal Government and UN Security Council Committee on counter-terrorism. He added that the gesture was in line with the forum spirit to enhance cooperation on cross border security among member states. Gusau said: “Gov. Zulum operational arrangements with the 150 Cameroonian vigilantes ‎happened with full involvement of the Nigerian Army’s component in the MNJTF currently fighting Boko Haram in eight regions affected by the insurgents’ attacks in Nigeria, Cameroon, Chad and Niger Republics

. “The Cameroonian vigilantes are operating in parts of northern Borno located in the shores of the Lake Chad, and they are operating under the coordination and command of the Nigerian Army Cell of the MNJTF. “One of the key benefits of having these vigilantes is the latitude to generate and pass on intelligence from border communities in Cameroon and to also pursue insurgents who occasionally flee from Nigerian territories to border communities in Cameroon where Nigerian troops may be constrained to engage them. “The main objective of the Lake Chad Basin Governor’s Forum is to ease cross border cooperation in the fight against Boko Haram insurgents in the affected countries.”
Email Post