Apostle Roseana Adenuga, one of the Finest In Nollywood 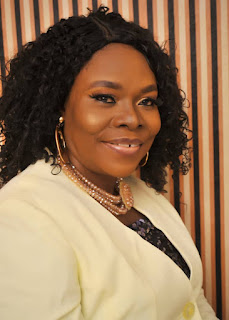 Adenuga Roseana O (Apostle) is a Female Director, per excellence, who started directing long before she knew she was going to become one. It all started with a Church Drama group. Then it was called Drama Group, she happened to be one of those trained to assist , within a very short time she grew in developing her acting skills, talent, and directing abilities.

Moving on, Apostle Roseana Adenuga joined AGN to make her acting Professional. It was Abbubaka a professional colleague, that helped her with some of the Ideas, which has lead her this far in the industry.

She is indeed an all-rounder, when it comes to directing. She is indeed happy that she was not discouraged as she got deeply involved, in the act of directing, and the acting profession in Nigeria, an act she has horned over the years.

Her passion for Nollywood acting  and directing led her to registering ( DDL)
Dazzle Diamond Ltd (Productions) wherein the media production outfit teach the youths particularly, on how to be their best in the industry, with emphasis on directing, and editing with purpose, with general knowledge of Cinematography, which  has been on for years, and have been positively impacting on the life's of the youths as well as creating sustainable jobs for them.
As a Director, Apostle Adenuga, have directed several movies such as, The film " Ekwueme and his Mother a Series"
After the series she received calls from notable TV stations ,who wanted her to allow the series to be aired it for free, within Nigeria here because of how rich the series was, in fact in Alva Oklahoma she was asked to Organise and lead a Production group and equally direct it's Film, because of their conclusion after viewing "Ekwueme Series" which was Awesome. This was in their Campus setting, 2015.


She also directed, the Movie " God's Key-Board" which is her Baby, Vision, which  was directed in Arlington, Dallas, Texas, USA, this film is in different casts, which has its foreign cast and a local cast: The Nigerian cast is coming soon, so with several others. Here in Nigeria she coordinated movies too for instance, the Film ' My Life My Rabbai'.

Apostle Adenuga started Professional movie directing with her own movies. The first movie she got involved with, won the Award of the Best for movie  Titled  : "The Bloody Avengers" it was a Classic piece indeed.

Her experience as a Female Movie Director,  has been interesting, with intimidations by some who tried telling her, that what can a woman do in the field of movie production, some conclude that she just dabbled into film directing, which to them its masculine, so should be left for men to do, this was one of those words that helped her put in her best, and some ,when they see women directing better than they can do, they start changing their statements.

We pleased to inform the world that people now call her, Mama Apostle, Mama Militant, the Best female director, because of the movies she has done.  Now, she is Nominate for Awards, as she is now Crowned and Adopted as the, " Royal Ada-Ukwu 1 of Nollywood " because of the good jobs done.

Concluding, we make bold to say that Apostle Rosenana Adenuga's Production House: Dazzle Diamond Ltd Productions, (DDL), which she is the CEO, is an outstanding film production house. Dazzle Diamond Ltd trains Actors and get them involved with practical acting and production of movies.  The company have Fully Registered members who are professionals

Apostle Adenuga, runs The School : Making-lt , which is her School, to God's glory, she is the Sole Proprietor of the School.

This NGO mentioned below is Registered with CAC Abuja, "Nollywood Actors and Actresses Freedom Forum" (NAAFF) she is not just the present Sole Director, but also the Life President. NAAFF is said to be the Best of it's kind in Our time, in terms of what they do for actors in Nigeria.
One of her reasons of doing most of all these things successfully is being Associated with the Best and Stress free Director's Group Called (ANMD)  Association  of Nigeria Movie Directors, the Best Place to Belong.

Finally, she is  the current Practising "Financial Secretary" of Actors Guild of Nigeria (AGN) Lagos State Chapter, and
Also the Present  Director of Guild Services (DGS) of (ANMD). She is  proud to be a Female Director,  particularly with, Association of Nigeria Movie Directors (ANMD) A group that knows what they are doing, and what perfection means in  Directing.
Email Post