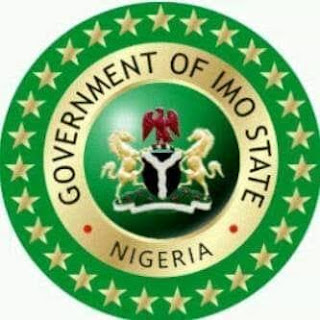 I commented on my social media status yesterday that I got my pen back at Akanchawa. Many did not understand the statement, because it was an idiom of sort. For sometime now, I have not written a piece, about my dear state Imo, not that I have stood on the fence, but have carefully watched from afar the political scenario, which played out over the months and its logical conclusion, which finally saw the emergence of H.E Senator Hope Uzodinma as the executive governor of Imo state.

Even though I supported the ideas and some policies of the immediate past administration Rt Hon Emeka Ihedioha in IMO, not because they favoured me, but because they were ideal and not minding that they were slow.  I am indeed glad that I remained neutral in the heat, and as a member of the fourth estate, I  steadied my eyes on the ball, instead of playing the man. I want to wholeheartedly commend the new  government in Imo state ably led by H.E Senator Hope Uzodinma, for the smart mode of governance he is activated in the state.

As I strolled back in and around Owerri, I discovered that the atmosphere is rather relaxed than tense. I, discovered that most people where happy and are Hopeful that the new administration in the state will better the lot of Ndi Imo.

To further gauge the political pulse of the state, I visited Concorde Hotel Owerri and Rockview Hotel, where political gladiators usually converged mostly  to discuss the trend. I found out that the happiness ratio was high, as hopes were high, that imo is in for the best, going by the fact that the state is now into the mainstream politics of the country. I did not stop there knowing that many folks that convey in these places are also part of the elite. I took my time to also visit beer parlours in Awkakuma,Orji, Irete, egbu etc. The mood was however not different, the middle class also affirmed that there is hope in Imo and that they are indeed Hopeful.

I am happy that the state executive council has been constituted with commissioners, Senior Special advisers, and special advisers now in place. I believe these able bodied, smart men and women, will lead the pack in bringing back hope to Ndi Imo. I am also happy that for the first time in the history of Imo state, 17 women where appointed into the cabinet of Imo state to help in piloting the affairs of the state.

I am Hopeful that in the coming days and weeks, Imo will experience an unprecedented influx of investors and investments, since the dust has settled and governance has started.
It is however paramount to point out that the major players that made it happen are peaceful, kind and understanding.

As an Oil producing state, I see a bright future of transparency, accountability and forthrightness in the administrative structure and men who are today in government. I commend, Rt Hon. Goodluck Opiah for his wisdom at ensuring that peace reigned supreme in the oil producing areas of Imo, and his good advise to the government in Power which has further brought calm in the area. We are hopeful that in the nearest future the indigenes of the oil producing areas of Imo will simile and thank God for the restored hope in the state. Imo is truly Hopeful.
Email Post